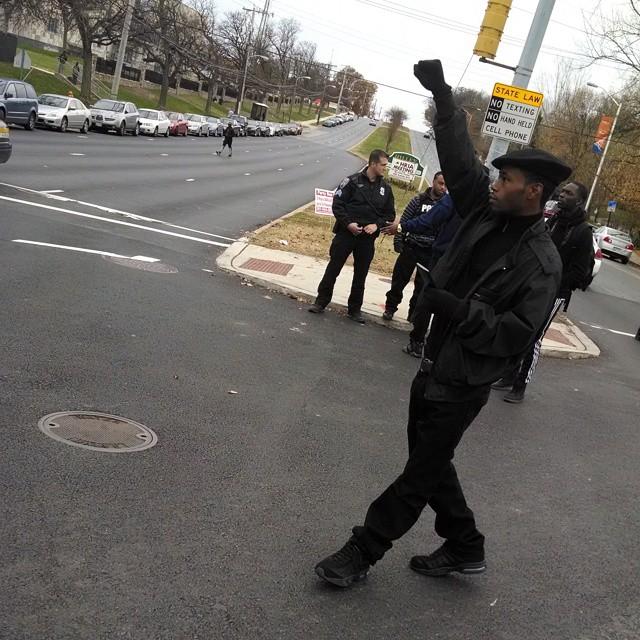 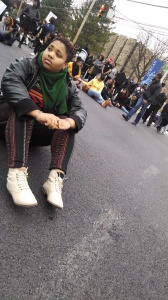 Student leaders expressed their disappointment in their fellow classmates during a rally held to protest a Grand Jury’s decision to not indict Officer Darren Wilson today at Morgan State University.

The demonstration was hosted on the steps of the police headquarters located just off of Morgan’s campus. Student activists spoke on issues ranging from police brutality to the realities of being black in America.

Only about a 100 students out of 8,000 Morgan students showed up to the rally.

The lack of student involvement was very disappointing to the SGA vice president and senior Courtney Mercado. She expressed her anger about the student body’s lack of interest to those in attendance. “It’s not about Ferguson!” she said, “It’s not about Trayvon Martin! It’s about you.”

Other student leaders such as Chinedu Nwokeafor a Morgan senior, shared that they were also upset at the number of people who showed up. Some speakers even stated that if it was a student center party, there would be more than half of the campus in attendance.

“I feel as though the numbers we had were effective, but they could’ve been better,” said Dimitri Jackson, a 20-year-old junior

Student activists also addressed the crowd letting them know what the rally was about. Farajii Muhammad, the announcer of WEAA’s Listen Up and an organizer for the event passed out a list of demands and read them aloud to the crowd. The demands were directed to the police of MSU.

About three to four officers were positioned on the opposite side of the street from the rally and seemed uninterested in the demands. The police were caught occasionally laughing at students while they spoke, however they did not stop the students.

Students responded to the polices laughter as the rally came to a close by shouting chants at the officers. Morgan students went on to march from the police department to stop traffic on Hillen Rd, Cold Spring Ave, Loch Raven Blvd, North Ave, The Alameda, East 33 St and Charles St chanting all the while, “NO JUSTICE, NO PEACE, NO RACIST POLICE!”

Update: A correction has been made in the last sentence that read “NO JUSTICE, NO PEACE, NO RACIST, WHITE POLICE!”. There was no statement of white police and that’s now reflected in the article.

Update: Chinedu Nwokeafor was previously listed as a protest organizer. He was not.