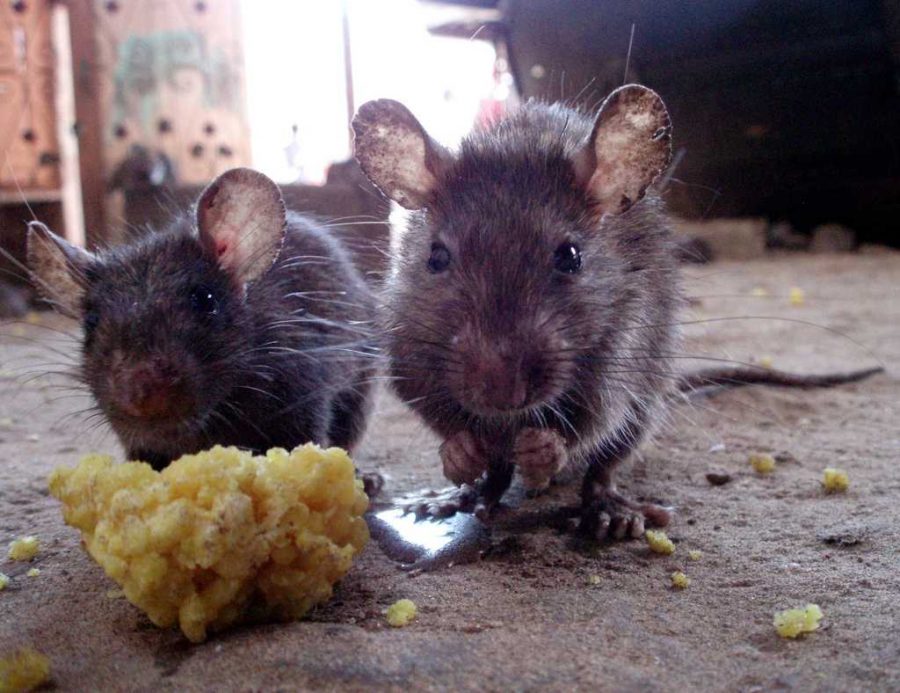 Resident of Morgan View have seen an uptick in the number of mice since the cold weather set in and the rodents began seeking shelter from the cold. While the off-campus housing is typically considered safe and convenient for students, some are having second thoughts given the rodent problem.

“We caught four mice in one hour and eight mice in one weekend,” says Morgan junior Jourdan Jackson who has lived in the 1541 Morgan View building on Pentridge road for six months. The first floor apartment she shares with three roommates is near the ventilation room, “so mice were coming through the air [vents],” she says, adding that they were also coming from a hole behind the refrigerator.

“When we called maintenance they wouldn’t come for hours,” she says, explaining she was reluctant to touch the dead animals. “We would have to pick them up.”

Chauncey Carter, Morgan View leasing manager, said that he is often approached about mice woes. “Out of 794 residents that we have here I would say that maybe 10 to12 students a week come to us about mice problems.”

But Jamarr Rayne, the assistant general manager and head of maintenance paints a different picture. “It’s not a big problem,” he says. “We get one or two work orders probably about a week. If there is a problem the residents aren’t telling us.”

Carter says the pest control company Terminex comes out every Wednesday to exterminate apartments with mice problems. The maintenance department checks for holes and clogs them if necessary. But he said that the problem goes beyond Morgan. “Baltimore City has a rodent issue,” he insists. “It’s evident on campus here at Morgan State, in the alleys of Baltimore City and sometimes it actually takes itself here in Morgan View.”

The Baltimore Property Management Division within the city’s Solid Waste department manages the “Rat Rubout” program, which makes inspections based on citizen complaints about rat and mice infestations.  In 2012, Rat Rubout performed 20,000 inspections and responded to 8400 citizen complaints for rats. “Rats have been known to be a nuisance and can wreak havoc on property,” says Tiffani J. Church, Public Information Supervisor for the Baltimore City Department of Public Works. “It is our goal to limit the rat population within the city by baiting.”

Rayne says that as residents move out, housekeepers and maintenance renovate rooms; but if only one roommate leaves the apartment, it is up to the other roommates to clean up the common areas. “A lot of it has to do with how residents actually keep the apartment because a rodent is not going to stay anywhere where they’re not going to find food,” he says. “We can call pest control but the residents have to do their part.”

Aubrey Johnson, a junior and architect major who has lived in Morgan View for over a year, doesn’t deny that cleanliness is an important factor. “In my apartment, we were catching a lot of mice,” he says. “We have a little crack by the sink. We catch mice whenever we don’t take the trash out at night. So now we just know to always take the trash out.”

To Rayne, it is an ugly matter that just comes with living in urban areas. “If you live anywhere in the City of Baltimore you will see the mice and rats running up and down the streets,” he insists. “Any place where you live in an inner city you’re going to see it.”