I Am My Brother’s Keeper 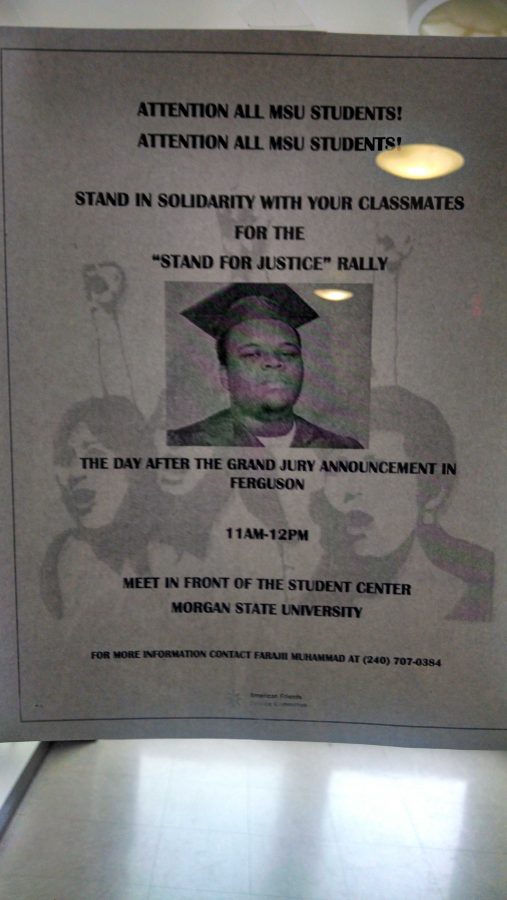 Tonight, my brother received no justice. Mike Brown is my brother. A young, black brother with the build of a man and the face of a boy. Mike Brown had eyes that hadn’t seen all they could have seen.

Tonight,  we were told that the loss of black life isn’t even worth a trial.

Mike Brown, running down the street so fast that one of his sports flip-flops couldn’t keep up, was murdered before he could see manhood, but his murderer will live to see more days than my brother ever will.

And that, ladies and gentleman, is how the justice system works.

Or maybe just the system. Because no justice was served. Or maybe that’s just how it works for our brothers.

St. Louis County prosecutor Bob McCulloch preluded the Grand Jury’s decision tonight with a speech peppered with terms like “unfounded claims” and “hearsay”. He said the media caused protesters to march for 109 days. The media, not the bullet that Darren Wilson fired. McCulloch’s words cast a hazy shadow on truth, like a blanket to muffle the noise of a loud washing machine, causing facts and actualities to be cast aside in the name of- something else, I suppose. Because at the end of the day, here it is: A bullet from Wilson’s gun murdered Mike Brown. End of story. It’s that simple…or maybe it’s that complex. Either way, a young, unarmed, black man was unjustly killed by a white man of authority, again. He was shot at least six times and he took his last breath more than 148 feet from where Wilson stood. His body was left in the streets for 4.5 hours. He was 18 and days away from heading to college.

He never even got the chance to step foot in his dorm room.

Mike Brown’s death has been called a “tragedy”, as if he was a casualty of something other than bullets shot from one man’s gun. As if Mike Brown stumbled upon death. As if his life wasn’t stolen. As if his mother hadn’t wept tears for her baby for the last past three months. And not the pretty, dainty cry of those girls in the movies. These tears are as big as gum balls interluded with great gulping, gasping breaths until all that’s left are dry heaves and red eyes.

This weekend, Minister Louis Farrakhan came to Morgan to speak of Ferguson and other subjects. “Michael Brown and Trayvon Martin, they are martyrs in a sense, even though they didn’t plan to die,” he said. “You want us to keep peace, but you deny us justice at the same time. I’m sick of the white man doing evil to us and when he wants your vote he acts like he likes you.”

Young black men deserve to have more options than life inside of a jail cell or an early grave. Mothers should have justice for the lives of their sons when they are snatched away from them. Our brothers deserve justice. Black lives matter.

Morgan students, please wear all black today, November 25th and meet in the student center at 11 a.m. to stand with your fellow bears for Mike Brown.