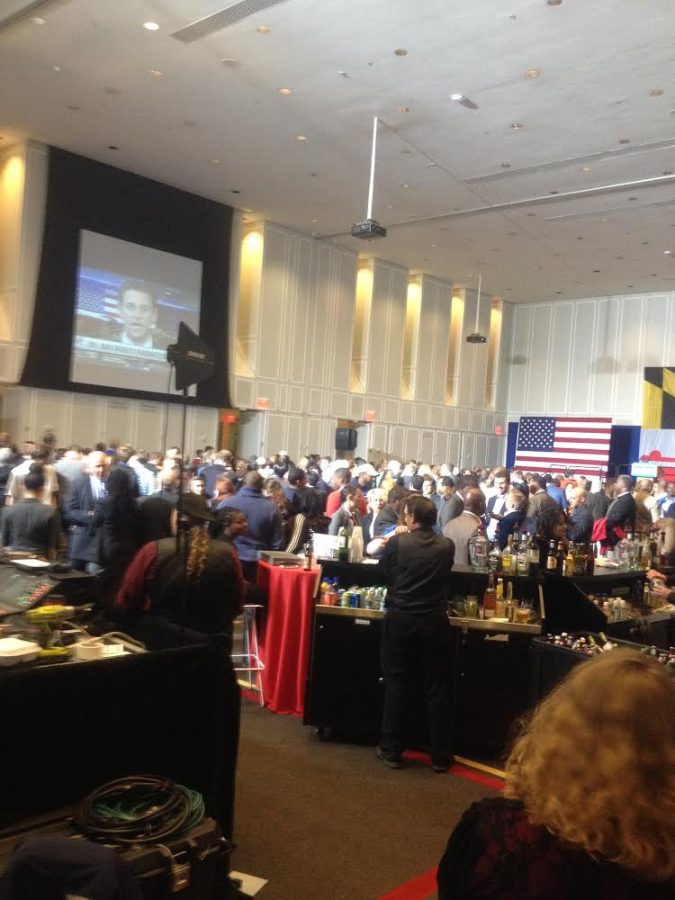 “Tonight this campaign ends but our journey as a campaign and a state continues,” says Brown. “The things that we fought for, on this campaign, will not be ignored.”

“Tonight this campaign ends, but our journey as a people continues,” says Brown.

Upbeat music and cheerful faces turned into a sea of concerned looks glued to the main projector in the Samuel Riggs IV Alumni center when Hogan took a 52 percent lead to Brown’s 46 percent with approximately 44 percent of the votes calculated at press time.

In the beginning stages of the evening following the polls closing, Brown’s lead was as high as 15 percent when less than 20 percent of the votes were recorded. The race for Maryland governor was expected to be a close one with Hogan leading Brown in pre-election polls by five points as of October 27 according to Real Clear Politics.

“Right now, whatever I say doesn’t make a difference because it’s about the last vote,” said District 2 Representative Dutch Ruppersberger when asked about his thoughts on the tide turning in the current results.

It is still early, and polling site FiveThirtyEight predicted that Brown “has a 94% chance of winning,” according to an article from the Baltimore Business Journal.

Former Maryland Senator Ben Cardin is confident that, should Brown win, he will continue on the path set by former democratic Maryland governors. “He’s been Lieutenant Governor,” said Cardin. “He’s helped develop these programs. It’s his passion, and his record, and he will certainly continue.