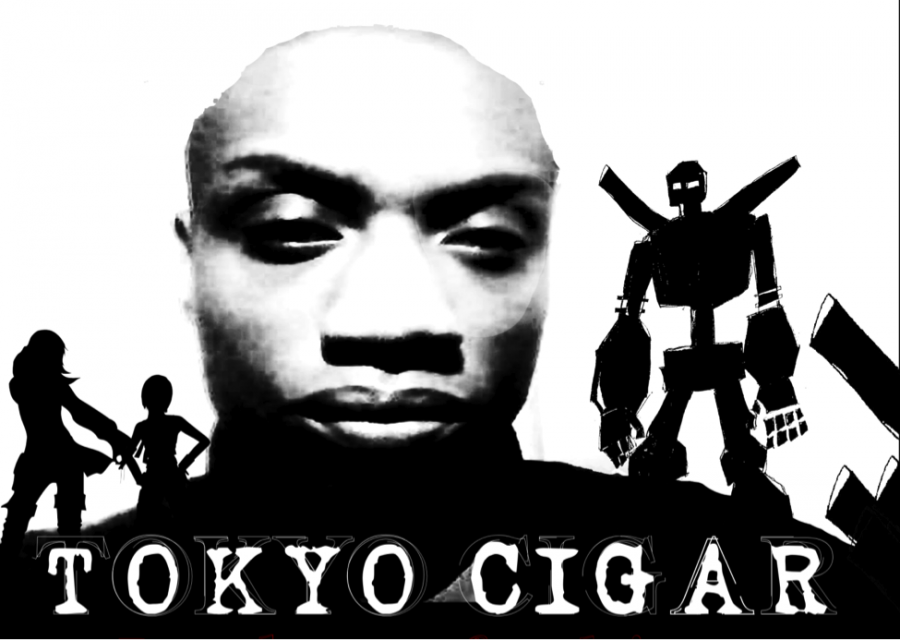 There are many different ways to tell a story.

At the recent Tedx Baltimore, an inspiriational conference filled with leaders of all different backgrounds and works, some speakers seemed to relive their story as they spoke to the audience. But, artist and producer, Tokyo Cigar took a different approach.The artist, formerly known as Oraza Allam, chose to tell stories through his music.

His choice of songs, “I Wonder” and “Here Now,” touched on everything from his international childhood to growing up fatherless. As the last of 18 speakers, his method of personifying his life through lyrics left the audience on a good note.

“It went from a love to an unhealthy obsession,” said the artist while speaking about his craft. Influenced by a love of music and by rappers such as Nas, KRS-One, and Jay Z, Allam was once insecure about his rapping abilities. “I felt like I wasn’t smart enough to rap,” he said. But, after hearing Jay Z’s 1996 hit “Politics as Usual,” Allam knew rapping was something he had to do.

Growing up, Allam traveled frequently but it never impacted his creativity. In fact, it only influenced him more. “Moving around played a huge part in my education,” he explains. With Nigeria’s corporal punishment, Ireland’s more relaxed approach, and America’s grading system, Allam always felt disconnected from the educational system. After three years at Montgomery County Community College, music became his “main thing.”

“I always thought of Ireland as the place with leprechauns,” he says about his boarding school experience in Ireland. But, Ireland was nothing like he expected. He witnessed rallies and protests for Philadelphia political prisoner, Mumia Abu-Jamal. Though he expected some racist moments, Allum says “The Irish and black have a special kind of bond.”

With fifteen years in the music industry, Allam still gets star struck. He is currently working with Wu-Tang affiliate, Hell Razah, on a new album. “Wu-tang, to me, will always be the greatest group in hip-hop,” he said “[When Hell Razah called] I had to pinch myself.”Tokyo Cigar plans to release the mixtape he’s working on with Hell Razah, “Spiritual Kung-Fu” in the spring. “’Spiritual Kung-Fu’ is for anyone who’s ever been through anything,” he says. “If you’re fighting every day, you might as well learn Kung-Fu.” Though “Spiritual Kung-Fu” is his current focus, in thefuture, Tokyo Cigar plans to write a script for a movie, work on a solo album, go platinum and hopefully work with Jay Z.