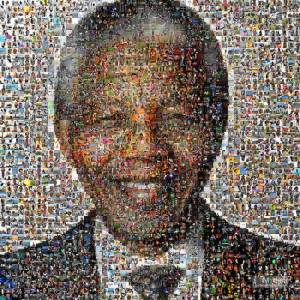 He was born as Rolihlahla Mandela on July 18, 1918. “Nelson” was developed by a teacher, as custom. Even as a young man he was revolutionary, being expelled from the University College of Fort Hare after a protest. He spent 27 years in prison, starting from 1964, after being indicted with conspiring to sabotage the government when he received secret military training in Morocco and Ethiopia.

Mandela was released from prison at 72 years old on February 11, 1990, with his right fist raised above his head and a crowd, waiting to see him. Four years later, he became President. He left his presidency in 1999, but still continued  to inspire young leaders and push for progress in South Africa.

He made his last public appearance at the 2010 FIFA World Cup, where South Africa was chosen as the first African nation to host the finals. There he famously said, “The greatest glory of living lies not in never falling, but in rising every time you fall.”

The former South African President was absent from the public eye after several hospitalizations from a lung infection. He was hospitalized four times this year alone–with the longest stay lasting 84 days and ending with him returning home in critical and unstable condition.

Mandela has left behind a legacy that expanded beyond the political border of the country.

“He no longer belongs to us — he belongs to the ages,” said American President Barack Obama, the first black president in U.S. whom he met in 2005 in Washington DC.

“His death came as a shock to me, but it was somewhat expected,” said freshman Nathaniel Ayorinde who comes from Nigeria. “For him to die, it’s sad. I’m from Nigeria. He always comes up when you mention people who have impacted the world. When you talk about people that have affected Africa, there’s no way his name doesn’t come up.”