Protests in Baltimore Kept Many From the Historic March on Washington 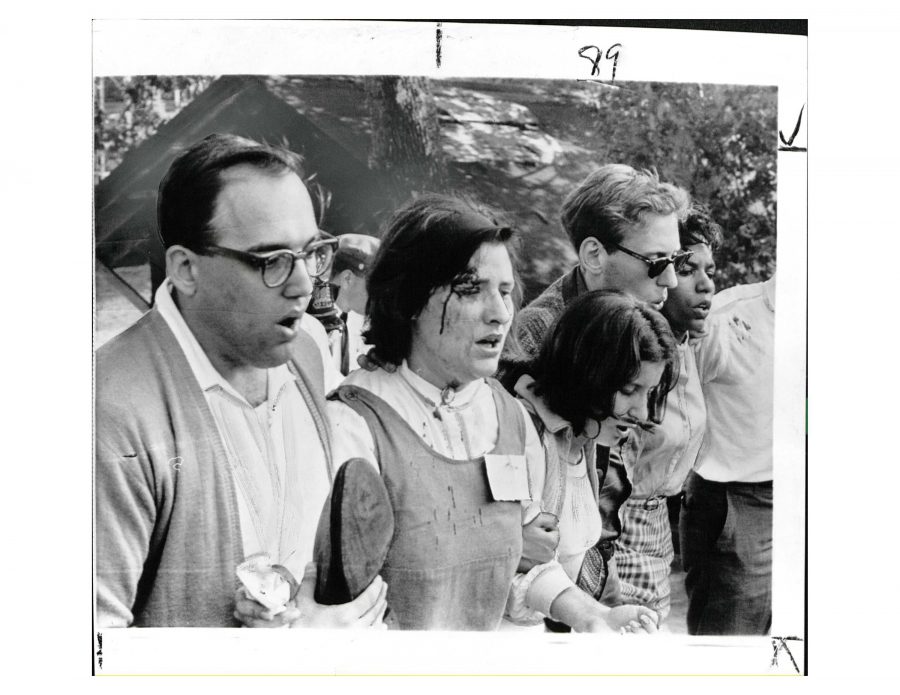 Some Baltimoreans had a hard decision 50 years ago.

According to Pete O’Neal, an Emmy Award-winning photojournalist and a history enthusiast, this was the question: “Do I go to the park – or do I go to the March on Washington?”

The “park” was the popular 64-acre Gwynn Oak Amusement Park in Baltimore County, which dated back to the 1890s and which excluded blacks. For nearly 10 years blacks and whites had been demanding an end to segregation. Many of them were beaten, stoned and spat on as they protested. In July 1963 more than 400 people were arrested for trespassing during a protest. The outcry led to an agreement to integrate.

The March on Washington for Jobs and Freedom, set for Aug. 28, 1963, was the kind of demonstration that Baltimoreans were accustomed to after years of demanding to use such public places as Read’s Department Store and the Northwood Theatre in the shopping center near Morgan and the restaurants along Route 40 that served African diplomats traveling between Washington and New York but not African Americans traveling from nearby.

“Desegregation of Gwynn Oak Park was on August 28, 1963,” O’Neal recalled for students in Prof. E. R. Shipp’s Feature Writing class just days after returning from Washington, where he covered the 50th anniversary march for WMAR-TV. For a new documentary that he and his wife, Beverly, have independently produced, “We interviewed folks who said, ‘I went to the park. I didn’t want to go to the March on Washington.’ Other folks said, ‘I couldn’t miss the March on Washington. I didn’t go to the park. I could go to the park any other time.’”

Among the protesters in 1963, he said, was Michael Schwerner, who a year later became one of the three young men murdered in Mississippi while trying to register blacks to vote. “His very, very first protest was this park, Gwynn Oak Park in Baltimore. When he left to go to Mississippi for voter registration, he was leaving Baltimore,” O’Neal said.

This July the O’Neals, who met as students at Morgan in the 1970s, led a multiracial commemoration of the anniversary, including the unveiling of a plaque. Beverly O’Neal told The Baltimore Sun, “People today have forgotten how people of diverse backgrounds were able to work together. Civil rights is not just one group’s problem. It’s everybody’s problem.”

Pete O’Neal, known as Cameraman Pete, will show the documentary, “All the King’s Horses: The Story of the Gwynn Oak Amusement Park,” at Beth Israel Congregation on Aug. 31 in Owings Mills.