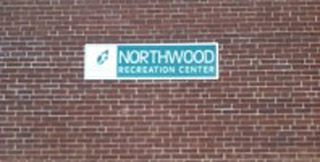 The number of recreation centers has decreased in Baltimore over the last decade but Northwood Recreation Center in Northeast Baltimore continues to make its presence known throughout the community, building family dynamics and providing opportunities through athletic and social programs.

Playing basketball at various recreation centers in Baltimore throughout his childhood, Lee Sr. stands over six feet tall as he cheers on his son, number 12 of the Knicks team, during one of their games.

“Jamal looks forward to coming here every other Wednesday to play ball,” says Lee Sr. as his son takes a shot from the free-throw line and scores. “He definitely likes it. Especially when he makes shots.”

The center’s youth basketball program teaches children ages five through 15 the fundamentals of basketball, and breaks them into teams that compete against each other. There are five teams that include the Heat, the Knicks, the Celtics, the Lakers and the Thunders.

“It’s a wonderful thing,” says Lee Sr. His nephew also plays in the tournament and is on the same team as his son.

Jasmine Taylor, a 23-year-old senior and early-childhood major at Stevenson University has a long history with Northwood Recreation Center. Taylor began attending the center’s afterschool program at six-years-old and continued to visit the center in middle school. In high school, she became a volunteer, and now she is a daycare teacher.

“By me being here all the time and working with the kids, I decided on my major,” says Taylor.

Taylor’s two brothers are tied to the center as well. The youngest is currently in the basketball tournament.

The gymnasium is open to the public on Friday nights. “With a lot of the guys outside, all they want to do is play basketball,” says Taylor about youth in community. The center’s goal is to get the young males off the streets and danger and playing inside safely.

For Taylor, the center and the people she comes across will forever affect her. “You build friendships here. I still keep in contact with friends who I met here.”

Northwood Recreation Center is located in the Perring Loch neighborhood and is one of the few recreation centers in Baltimore that continue to service all ages of the community.

During the former mayor of Baltimore, Kurt Schmoke’s, third term, budget cuts led the Department of Recreation and Parks to decrease the amount of recreation centers in Baltimore. According to the a 2012 Baltimore Brew article, in 1992 the department operated 120 recreational institutions in the city. Only 31 exist now, with Northwood Recreation Center being one of them.

Northwood Recreation Center Director Sheila Cole, who has been an employee since 1996, witnessed the process  that was used to decide which centers to fund or close down.

While many recreation institutions closed down, Northwood Recreation Center continued to stay funded. The red brick building aligned with hedges sits between Winford Rd and Loch Raven Blvdand possesses a cornerstone dated from 1964.