“I’d rather be having that on campus experience:” Morgan’s hotel residents yearn connection to campus

Students residing in the Lord Baltimore hotel feel disconnected from the average college life experience, living in a hotel 20 minutes from campus. 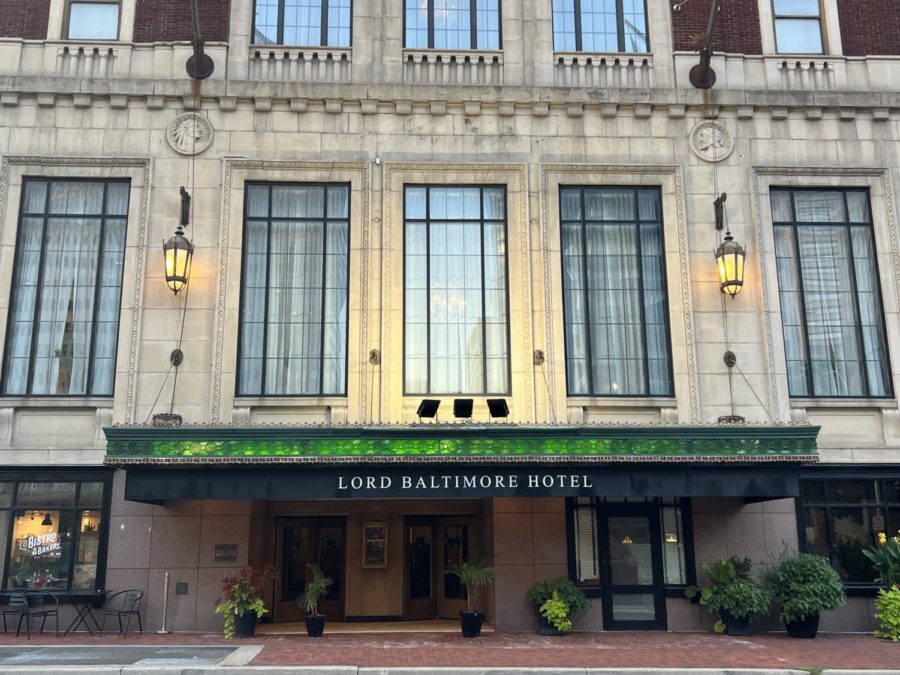 Instead of living in an on-campus dorm, he commutes 20 minutes away from campus to the Lord Baltimore hotel.

The freshman theatre arts major traveled from New York to move into the hotel room where he’ll stay for the next four months.

Rather than the average twin bed most freshmen experience, he was welcomed with a queen size bed, mini fridge, a microwave and a bathroom inside of the bedroom.

Even with what may seem like cool perks living in a hotel, Williams feels disconnected from campus life.

Williams said, “I do feel like I’m missing out. We’re like 30 minutes away from campus and we got to really wait to go on campus through that shuttle which takes forever to get here. So that’s a bad thing. I don’t like that.”

Some students were not as lucky as Williams in receiving a queen size bed.

David Nwachukwu, a sophomore biology major, arrived with a cot in his room.

The cot caused discomfort to Nwachukwu, who is recovering from a recent hip surgery.

“I don’t go to sleep till like one, two, because the cot is so uncomfortable. And it’s just not good. It’s not good at all,” he said.

He described his entire hotel move in process as hectic as his delayed move caused him to miss the first few days of classes. Lord Baltimore residents could not move into the hotel until Aug. 23, a day after classes started.

“There’s absolutely no way I could feel connected to the campus when I’m 20 minutes away,” Nwachukwu said.
“Morgan doesn’t really feel like home anymore”
Between the stress of moving into a hotel at the last minute and the disconnect from campus, what once felt like home to Kaylynn Bromell no longer has the same sentiment.

Morgan is home to Bromell’s grandparents, parents and brother. But she feels like she is experiencing a different Morgan than her family’s alma mater.

The move in process was an unfamiliar feeling for her. Unloading her packed belongings from the parking garage into the hotel was hard.

Bromell said, “It was definitely stressful. Living in the middle of the city especially if you don’t live here and you’re coming from different states. It’s kind of hard for you to just move into the city when you’re going to college.”

Last academic year, Bromell lived in Harper Tubman, where she had responsibilities in her student organizations. Now, she does not feel as involved with the campus while living 20 minutes away.

Bromell said, “What connection do you have on campus? It makes you really just want to go on campus to get classes done. If you have an appointment, get books, whatever, and come home. Like there’s nothing for you to do.”
Living in Lord Baltimore
The costs for residing in the Lord Baltimore hotel is one of the highest prices for university housing.

A double occupancy room is $5,650 per semester and a single room is $6,300. While the university’s off campus housing options range from $4,395 to $6,625 per semester, Lord Baltimore’s cost is considerably higher compared to on-campus housing.

Freshmen like Williams traditionally live on campus, with prices starting at $3,482, but instead he is paying over $2,000 more per semester.

At the hotel, room service and housekeeping services are provided for students.

On the basement level, there is a laundry facility but some students like Semaj Fleming, junior multiplatform production major, choose to wash clothes on campus instead.

Parking services are provided for residents, but it costs $150 per month.

“We’re trying to address that now to see how we can secure a rate that’s reasonable for students to be able to afford similar to what they pay on campus to those who have cars at the hotel,” Kevin Banks, vice president of student affairs, said.

Most students in the hotel use the shuttle service to get to campus.

Bromell uses the service to go to Morgan View, where she parks her car instead of the hotel.

Williams, on the other hand, does not drive and likes to take Uber if the shuttles are running late.

Students can hang out in the “Lord Berry Lounge,” where the hotel placed bean bag chairs, music and games just for Morgan students.

There is also a 24-hour fitness center and lobby area, where students like to hang out.

LB Bistro and Bakery, located across the Lord Berry Lounge, is a food option for students. The establishment offers a 20 percent discount for Morgan students.

Students can eat there, eat microwavable food or snacks in their rooms, use Uber Eats, and find food on or near campus.

Some students expressed safety concerns while walking outside of the hotel.

“Inside the building, yes [I feel safe.] But if I wanted to go across the street, look at the water and even just walking to the shuttle then no,” said Bromell.

Although it is an open hotel, residents need a room key to use the elevator and access their rooms. Allied Universal Security Services are stationed at the hotel for 24 hours everyday.