How the MEAC Basketball Tournament could come to Baltimore

The tournament has been held in Norfolk, Va. for the past decade. Is it time for a location change? 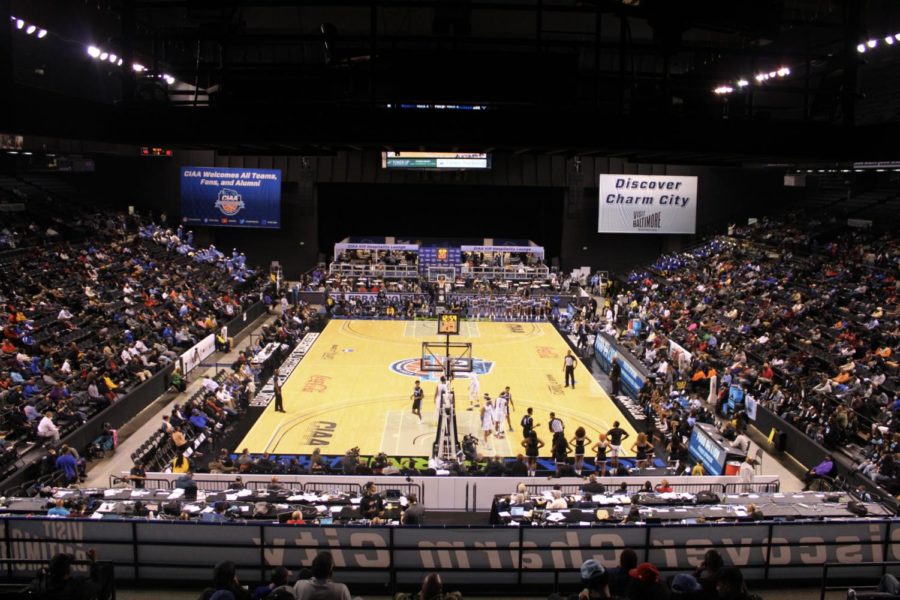 Thousands traveled to the Royal Farms Arena for the 2022 CIAA basketball tournament this February.

As most of the universities in the MEAC are located within the state of Maryland, many have wondered if the tournament will relocate for a change, and its potential to occur in Baltimore.

Approximately 66,000 people attended the event over five days, according to the conference’s website.

Visit Baltimore, the sales and marketing organization responsible for putting the tournament together, deemed the event successful.

“In terms of economic impact, we are waiting on the full economic impact report, but we have received feedback from a number of hotels, restaurants and ride share companies saying that this year outperformed a typical February,” said Al Hutchinson, president and CEO of Visit Baltimore.

Based on the success of the CIAA tournament, one may wonder about the potential success of a future MEAC tournament if it were held in Baltimore.

The CIAA, a Division II conference, consists of 12 schools. Of the 12 schools, Bowie State is the only one in the state of Maryland.

In contrast, the MEAC is a Division I conference with eight schools and three in Maryland.

According to Google Maps, five of the eight schools are within 125 miles of Royal Farms Arena.

In order for the tournament to take place in Baltimore, the city would have to put in a bid and agree to a deal with the MEAC.

According to Derek Carter, athletic director at Coppin State, cities put together packages that include offerings for hotels, restaurants and other such places in their bids.

“The process of bringing a major sporting event to Baltimore can take up to several years,” Hutchinson said. “For the CIAA, we began the bidding process in 2018 to prepare for the 2021-2023.”

The tournament has been in the Norfolk Scope Arena in Norfolk, Va. every year since 2013. In early 2018, the city of Norfolk and the MEAC reached a three-year contract extension.

When asked about the possibility of the MEAC tournament coming to Baltimore, Carter said, “With the success of the CIAA Tournament in the city as well as the proximity of [MEAC schools] that are close to the city of Baltimore, it definitely warrants a conversation to investigate the possibility.”

He added that the short distance between downtown Baltimore and schools like Coppin, Morgan, Howard and Delaware State could lead to an increase in ticket sales.

“There’s certainly four schools that would benefit tremendously and it would probably equate to more ticket sales for the tournament because you’d have more people with less time to travel,” Carter said.

If the tournament were held in Baltimore, one person who would play a role in ensuring the event is run smoothly is Frank Remesch, general manager of Royal Farms Arena.

Remesch would be tasked with scheduling dates the arena could be booked and making sure it has the necessary equipment like scoreboards and backboards.

He said hosting events like the MEAC tournament can be beneficial for the arena.

“When you do an event of this caliber, especially when it’s on television, it brings light to both the city of Baltimore and the arena,” he said. “When you get one event, it tends to open up the door for other events.”

Possible roadblocks that would prevent the tournament from being held in Baltimore include budget and venue availability.

“Potential obstacles when booking a basketball tournament could be budget, resources, venue availability as far as other events that may be looking to book at the same time or have already booked same dates,” Hutchinson said. “Additionally, with large sporting events, we like to make sure that all officials from the City and State level are in alignment on hosting the event.”

The Spokesman reached out to the MEAC multiple times for more information on its latest contract with the city of Norfolk but did not receive a response.