The Bears defeated a Division I opponent for the first time this season Monday night. 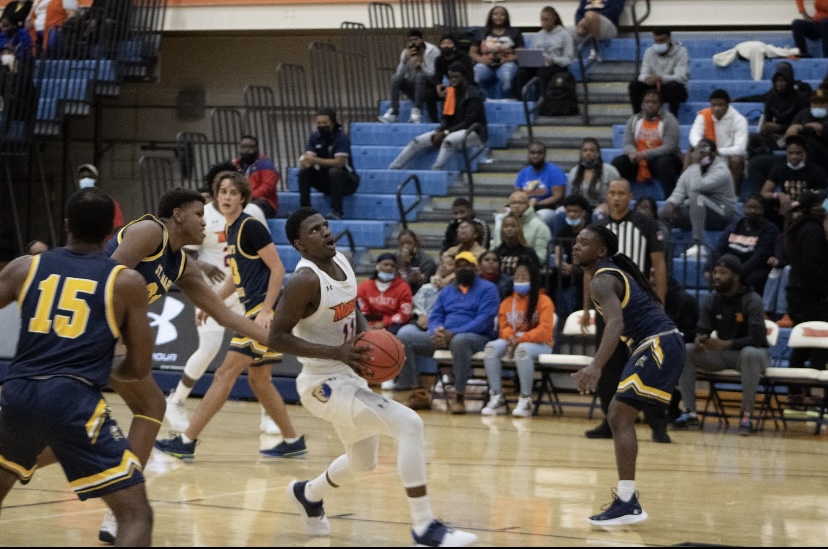 Senior guard Malik Miller led his team in points, rebounds, and assists in their win against Hampton Monday night.

The Bears defeated the Pirates in their final game of the Boost Mobile Chris Paul HBCU Challenge in the Footprint Center in Phoenix, Ariz..

Morgan never trailed in the game and led for all but one minute and three seconds.

In their previous game against Grambling State on Sunday, Morgan struggled to contain the three-point line as they allowed Grambling to make eight of 18 shots from behind the arc.

The Pirates only made two of 14 shots from three-point distance against the Bears.

Morgan also had five fewer turnovers against the Pirates than they did on Sunday as they finished the game with 15.

Here are the top five takeaways from Morgan’s win Monday night.
Senior guard Malik Miller leads his team in points, rebounds, and assists
Malik Miller, an All Mid-Eastern Athletic Conference (MEAC) Preseason First Team selection, has only played three games so far this season as he missed five games with an ankle injury.

However, when he is on the court, he has been productive, and Monday night was no different.

Miller led his team in points, rebounds, and assists against the Pirates with 13, 10, and 3 respectively.

Three of his 10 rebounds came on offense.

On the season, Miller is averaging 13 points, 8.6 rebounds, and 2.3 assists per game.
Graduate forward Collin Nnamene makes his mark on defense
The Pirates made just 10 of 33 shots from inside the three-point line against the Bears and had 16 points in the paint compared to Morgan’s 28.

Collin Nnamene was a huge reason the Pirates struggled shooting the ball as he contested their shots all night long and had three blocks.
Graduate guard Seventh Woods has a bounce-back game
Bears’ guard Seventh Woods made his season debut Sunday night against Grambling after missing the first six games of the season nursing a back injury.

He struggled mightily in his season debut as he finished the game with 0 points on 0 field goal attempts, 2 rebounds, 4 turnovers, and was a team worst -14 in just six minutes.

He responded Monday night by scoring 12 points on 4-5 shooting in 12 minutes.
Junior guard De’Torrion Ware’s struggles continue
De’Torrion Ware, the 2021 MEAC Preseason Player of the Year, has struggled finding his rhythm so far this season.

He is averaging just five points per game against Division I opponents and was held scoreless against the Pirates.

He missed all six of his shot attempts against Hampton.

Five of his six shot attempts were from behind the arc.

They are 1-5 against DI opponents and lost their five games by an average of 18.4 points.