Morgan junior bowler leads team on and off bowling alley

Bowler La’Monique Berrios has been a vital part of her team’s success so far this season. 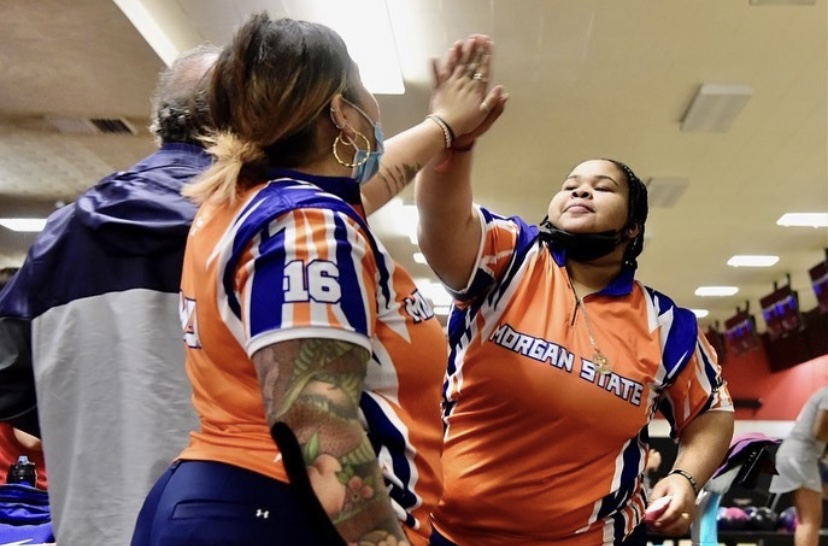 On Nov. 2, La'Monique Berrios was named the MEAC Bowler of the Week

Morgan State junior bowler La’Monique Berrios, a St. Croix, Virgin Islands native began bowling as a child while on vacation and has thrived playing the sport ever since.

In 2018, Berrios competed in the United States Bowling Congress (USBC) Junior Gold Championships U20 Division as a 17-year-old and finished 94th after the Advancers Round, with a tournament average of 189.9.

Berrios, nicknamed “Lamo.” originally attended Sam Houston State University in Huntsville, Texas but decided to transfer to Morgan State in the fall of 2019 for a better fit.

On Nov. 2, she was named the Mid-Eastern Athletic Conference (MEAC) Bowler of the Week after helping her team capture the Virginia Union Invitational title with a 10-1 record.

Once the Virgin Islands native arrives to a bowling match, she prepares her mind for competition.

“I just get myself there and then it consists of stretching, breathing, then we do mind drills,” Berrios said.

He said she has forged relationships with every member on the team which is special and beneficial for the well-being of the team.

“As a player, this year she is coming into her own and seeing the scoring which matches her potential,” Falbo said. “Her growth on and off the lanes will continue which will be exciting to see.”

Sophomore Cheyenne Washington, Berrios’ teammate, described her as not only a good bowler, but someone who is easy to get along with.

“Being on the team with Lamo is fun because she makes everyone feel welcome and comfortable,” Washington said. “She accepts everyone for who they are. Lamo is always encouraging each of us to do better and keep our heads up in sticky situations. She also steps up to the plate when it needs to be done.”

“I wish more people would come to support our tournaments… next semester we are actually hosting a tournament that’s called James Brown Invitational in February, so people should come and support us,” Berrios said.

The bowling team’s next scheduled match is Jan. 16 against Saint Vincent College at AMF Country Club Lanes in Baltimore.