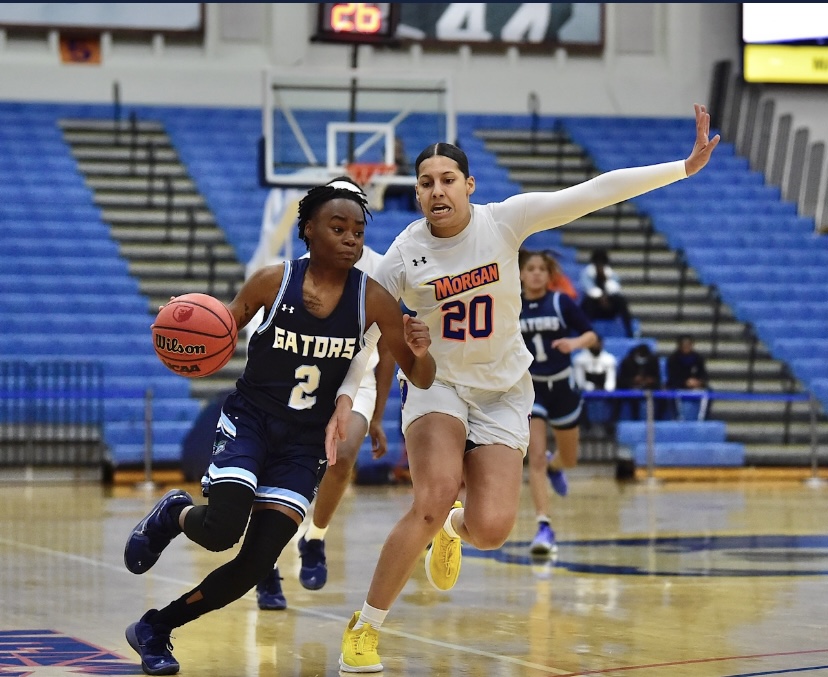 The Lady Bears’ (1-4) won their first game of the season and home opener Friday night in Hill Field House as they defeated Notre Dame of Maryland 87-35.

Junior point guard Janiah Henson, a typical starter for the Lady Bears, sat out for a third consecutive game as she remains in concussion protocols.

Morgan earned an early 8-2 lead a few minutes into the game and never looked back.

In the second half, junior guard Maiya Bumbray started in place of McCalla.

Bumbray finished the game with zero points and missed all four of her field goal attempts in seven minutes of action.

In 17 minutes, McCalla scored eight points and made two of five shots from behind the arc.

The Lady Bears were up by as many as 56 points midway through the fourth quarter and ultimately won by 52.

Notre Dame of Maryland, a NCAA Division III team, shot just 23.8 percent from the field on 42 shots and turned the ball over 36 times.

Graduate guard Elaija Demeza led all players in points with 17 on 7-9 shooting from the field and 1-2 shooting on three-point field goals.

Redd posted a double-double as she scored 16 points and secured 14 rebounds.

Morgan’s next scheduled game is Nov. 24 at 6 p.m. in Hill Field House when they face Washington Adventist.