The Lady Bears lost 3-0 to the Lady Hornets for the third time this season. 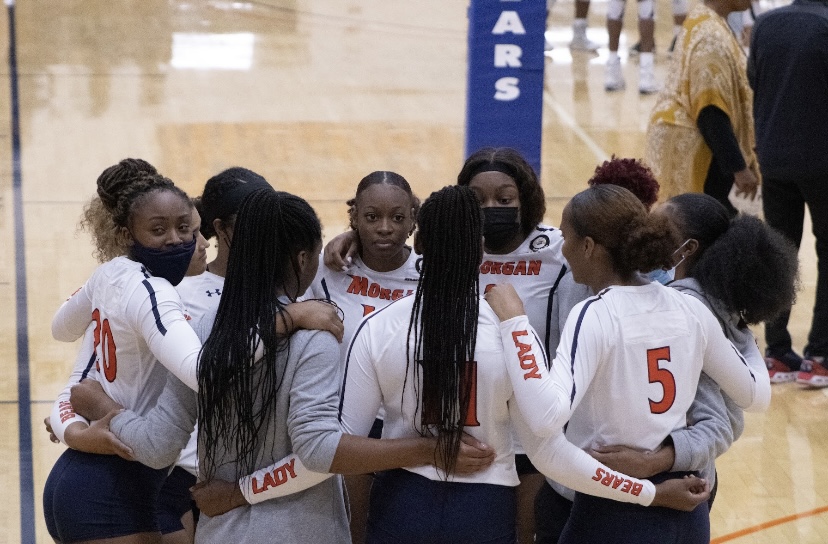 The Lady Bears' season concluded Friday night after losing in the first round of the MEAC Championship Tournament.

On Friday Night, the No. 7 seed Morgan State Lady Bears (5-24) lost 3-0 to the No. 2 seed Delaware State Lady Hornets (25-3) in the quarterfinal round of the Mid-Eastern Athletic Conference (MEAC) Volleyball Championship.

The match took place at Howard University in Burr Gymnasium in Washington, D.C.

Friday’s match marked the third time the Lady Bears and Lady Hornets faced each other this season.

Morgan lost both of their regular season matches against Delaware State 3-0.

The first match took place on Oct. 15 and the second one was on Nov. 5.

Delaware State set the tone early in the tournament match by earning a 25-15 victory in the first set.

Morgan accumulated a .161 attack percentage in the first set after earning 11 kills on 31 attacks.

Delaware State achieved a .310 attack percentage in the first set with 12 kills on 29 attacks.

The Lady Hornets clinched their spot in the semifinal round of the tournament after defeating Morgan 25-16 in the final set.

Lewis had nine kills on 14 attacks with no errors.

Cordero had nine kills on 22 attacks with one error.

Sophomore setter Mackenzie Jefferson led the team in digs with 12.

The Lady Hornets are set to face the No. 3 seed Coppin State Lady Eagles in the semifinal round of the tournament on Saturday at 8 p.m. in Burr Gymnasium.