A group of student leaders focused on issues plaguing underrepresented communities start their cause with a silent march on campus this Thursday. 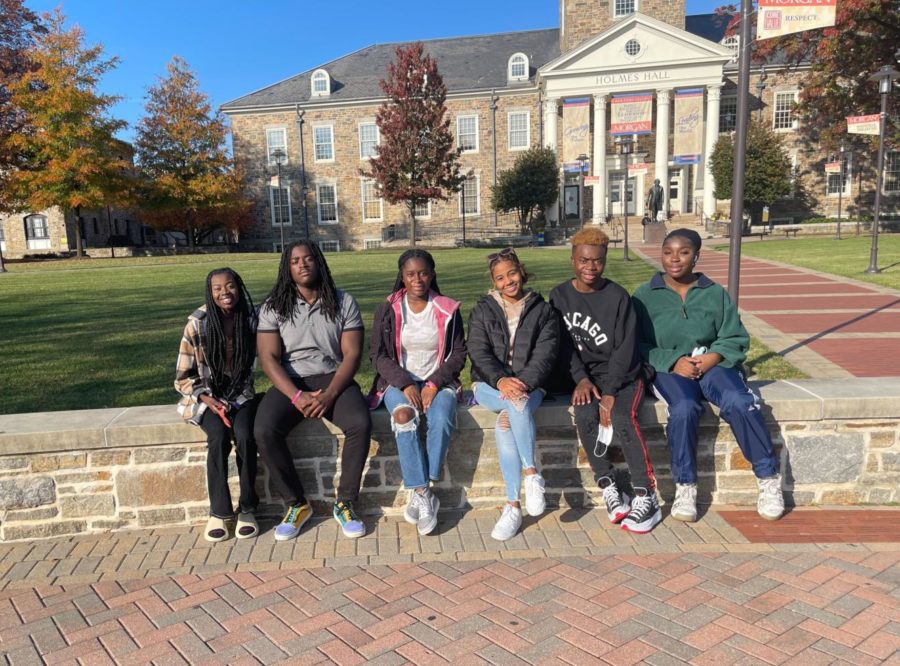 Nine dedicated freshmen are determined to set a path for change in underrepresented communities and at Morgan State University.

“It mostly started just as a group of concerned students and we were basically focusing more on the involvement that students can have in low-income communities in the area—how students can be involved in the community,” Urbano said.

Urbano’s involvement in servicing the community is driven by her experience as an undocumented immigrant.

One of the first events organized with Urbano and the community organizing workgroup was an immigration protest in Washington D.C through the Central American Solidarity Association.

Although the group intends to assist larger communities, the workgroup also plans to concentrate on issues happening at their university.

This past semester, students endured a housing overage, mold in university dorms, mice infestations throughout buildings and more.

Some of the ongoing issues at Morgan have become prevalent at historically black colleges and universities throughout the nation, most recently at Howard University.

Student leaders at the university recently concluded a 33-day long protest, the #BlackburnTakeover, after demanding adequate housing conditions and a change in Howard’s Board of Regents’ appointments.

Urbano noted Howard’s Blackburn takeover inspired students and COWG to raise awareness of the persisting issues at Morgan, starting with a silent march this Thursday.

At 11 a.m., students will join COWG as they silently walk throughout Morgan’s campus.

The organizers plan to meet at the Thurgood Marshall Apartment Complex and conclude their march in the academic quad where they will host an open discussion for students to express their concerns about common issues faced at Morgan.

The students chose a silent march rather than a verbally expressive protest to represent their feeling of being unheard.

However, some of the students’ basic demands for better housing standards have faced some backlash, according to treasurer Tyriek Francois.

Francois said, “Even us asking for working showers, people respond to us like we’re crazy and asking for too much. We shouldn’t feel like we’re asking too much.”

Urbano believes the workgroup’s willingness to stand up against issues happening at Morgan shows how much they appreciate their school and want to see improvement.

“It’s not that we are against Morgan or that we hate Morgan. I actually love my school. I am so proud for the simple fact that—someone in my status in this country has the privilege to even get an education.” Urbano said, “But the fact that we are doing this already proves the love that we have for this school because we want it to get better.”

The Community Organizing Workgroup plans to gather student testimonies at Thursday’s march and other occasions to create a formal statement for members of the administration.

While focusing on issues at Morgan, the group plans to become an official student organization in the future to expand their platform and create more community service and advocacy opportunities.