In a battle of 1-8 teams, Morgan’s football team will face the University at Albany Saturday

The Bears will play their penultimate game of the season this Saturday at 1 p.m. in Albany, N.Y. 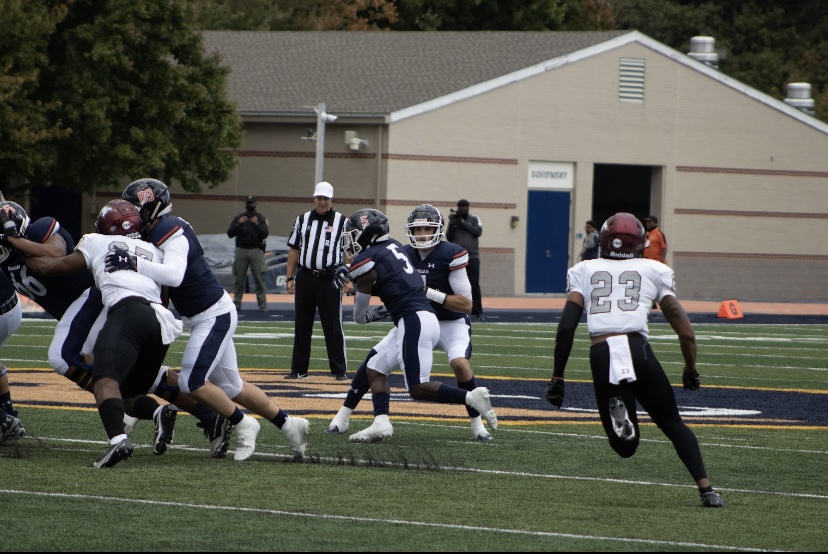 The Morgan State Bears will try to earn back-to-back victories for the first time since Nov. 16, 2019.

As football season comes to a close, Morgan State’s football team (1-8) will play their second to last game of the season this Saturday at 1 p.m. against the University at Albany Great Danes (1-8.)

The game is set to take place at the Tom and Mary Casey Stadium in Albany, N.Y.

A live broadcast of the game will be available on 88.9FM, WEAA.org, HSRN.com and FloSports.com.

Both teams won their first game of the season last week.

Morgan quarterback Neil Boudreau completed 17 of 26 passes for 210 yards with one touchdown and two interceptions against Delaware State.

UAlbany quarterback Jeff Undercuffler completed five of 10 passes for 81 yards with one interception in his team’s last win.

Great Danes running back Karl Mofor rushed for 222 yards on 45 carries and had two touchdowns.

If the Bears win on Saturday, it will be the first time they’ve won back-to-back games since Nov. 16, 2019.