The Bears opened the season with a 118-55 defeat against the Osprey Tuesday night. 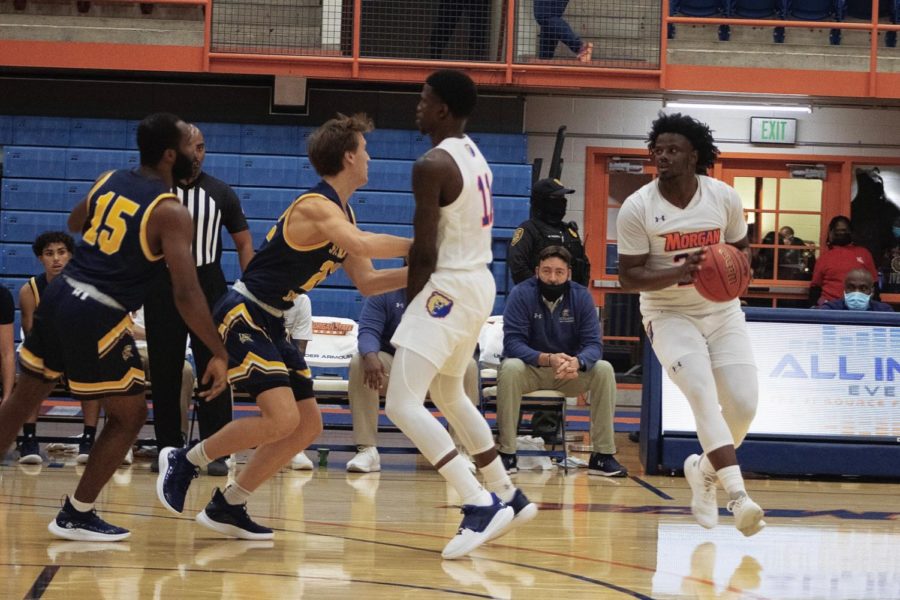 Junior guard De'Torrion Ware, the 2021 Mid-Eastern Athletic Conference (MEAC) Preseason Player of the Year, had a game-high 27 points in his team's victory.

The Bears dominated the game from start to finish in front of a packed crowd which included Mayor Brandon Scott, who graduated from St. Mary’s College in 2006 and sat courtside.

Tuesday night was the first time Morgan fans were allowed in the stands for a basketball game since the 2019-20 season.

Every player on the Bears who checked into the game scored, besides sophomore guard Will Thomas. Thomas did not attempt a shot, but he posted one assist and one rebound in five minutes of action.

The Bears were led in scoring by junior guard De’Torrion Ware who had 27 points and made five 3-pointers on eight attempts.

Morgan, who led 58-32 at halftime, executed a full-court pressure for most of the game which rattled St. Mary’s College.

The Osprey committed 36 turnovers and shot just 2 for 17 from the 3-point line.

He also had eight points and eight assists in his 23 minutes of action.

St. Mary’s College only had one player score double digits.

Junior forward Gary Grant had 15 points and shot 10 of 12 from the free-throw line.

The Bears finished the game shooting 65.2 percent from the field and 43.5 percent from behind the arc on 23 attempts.

Morgan’s next scheduled game is Thursday at 6 p.m. in Hill Field House against Penn State Allegheny.