Broadus shares his thoughts on his team ahead of their season home opener on Nov. 9 against St. Mary’s College of Maryland. 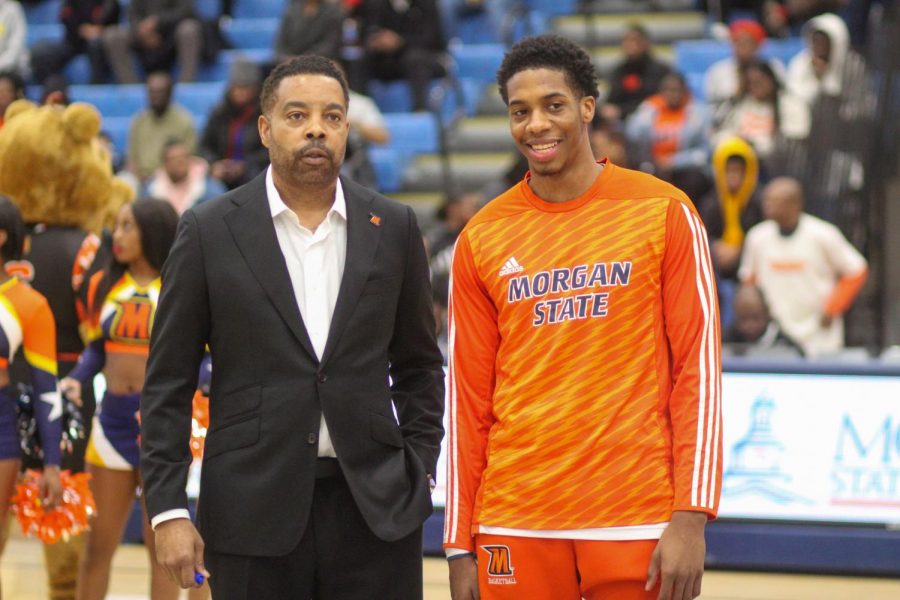 Head coach Kevin Broadus (left) reflected on the upcoming season in a Q&A interview with the Spokesman.

Morgan’s men’s basketball team will kick off their 2021-22 season this Tuesday with a home opener against St. Mary’s College of Maryland at 6 p.m. in Hill Field House.

The Bears were picked second of eight teams in the Mid-Eastern Conference (MEAC) preseason poll.

Ware was named the MEAC Preseason Player of the Year after averaging 17.2 points per game last season.

Ware was also selected for the MEAC Preseason First Team alongside Miller.

Grantsaan was named to the MEAC Preseason Second Team.

In a one-on-one interview with The Spokesman’s sports editor, head coach Kevin Broadus shared his expectations for the team this season.