The Lady Bears will kick off their regular season with an away game against the University of San Francisco on Nov. 9. 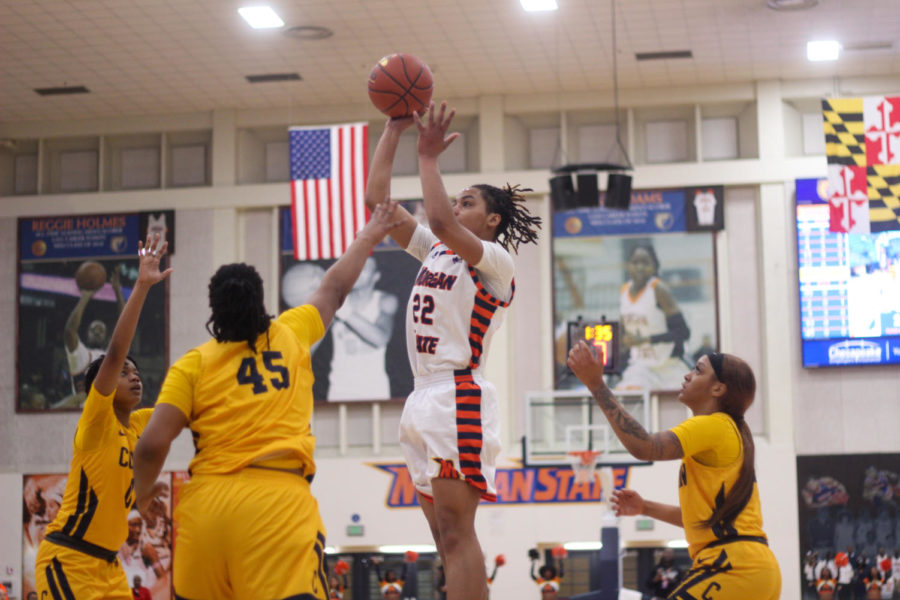 2021 MEAC Preseason Player of the Year Daphnye Redd and the Lady Bears will start the season on Nov. 9 against University of San Francisco.

Morgan State’s women’s basketball team will begin their quest to win the Mid-Eastern Athletic Conference (MEAC) Championship on Tuesday as they face the University of San Francisco in San Francisco, Calif.

One player the Lady Bears are expected to rely heavily on this season is graduate forward Dahnye Redd.

Redd, who was named the 2021 MEAC Preseason Player of the Year, said the team is aiming to win a championship this season.

The Lady Bears made it to the semifinal round of the MEAC Tournament last season before they were defeated by North Carolina A&T 69-54.

“We have committed to getting 1 percent better each and every day,” said assistant coach Danielle Robinson. “Our leaders have learned from last year as well as pulling up the newbies and freshmen. That will make a big impact.”

This season will bring fans back in attendance as last year fans were barred from attending games due to COVID-19 regulations.

“I’m extremely happy and excited that the student-athletes get to have that experience,” Robinson said. “It’s definitely the difference between a win and a loss.”

“Having more energy to feed off of is going to make a difference,” Redd said. “It was getting boring playing in front of coaches and the other team’s coaches.”

The Lady Bears’ home opener is Nov. 19 against Notre Dame of Maryland.