In a recent town hall, Morgan faculty and students expressed their thoughts with the Biden administration’s agenda. 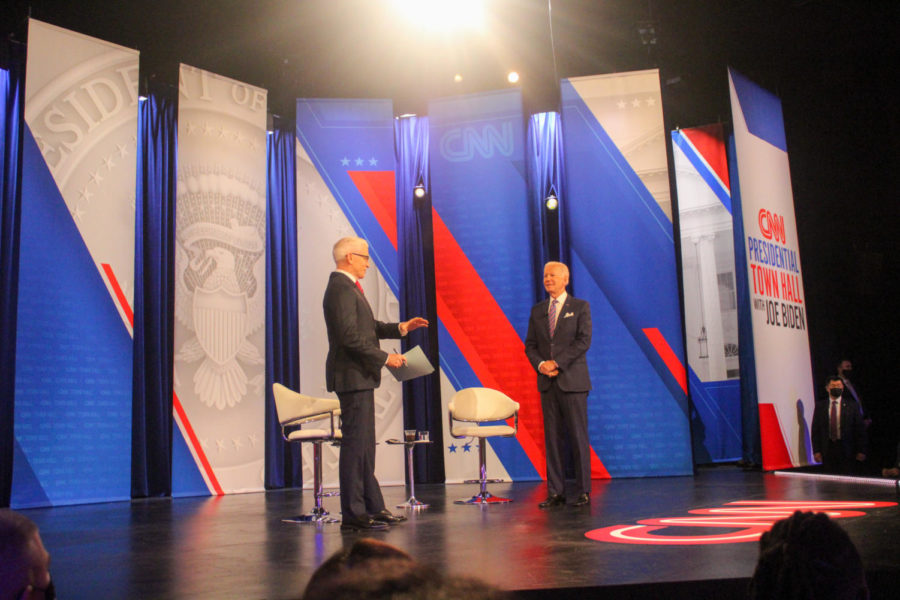 During his 2020 campaign, President Joe Biden promised to support causes that were important to the Black community.

According to Pew Research, 92 percent of Black voters cast their ballots in support of Biden.

However, months after his inauguration as President of the United States of America, many African Americans are not in favor of his administration’s recent actions pertaining to voting rights, police brutality and funding for historically black colleges.

Biden traveled to Baltimore this Thursday for a CNN Presidential Town Hall where he heard questions and concerns from the community, several coming from members of Morgan State University.

Thaddeus Price, retention specialist at Morgan, asked Biden about his plan to support the Black community in its fight against police brutality and the recent attack on voting rights.

“You received overwhelming support from the Black community.” Price said, “Now many of us are disheartened as we watch Congress fail to support police reform. We watch our voting rights vanish before our very eyes. What will you do over the next three years to rectify these atrocities, ensure our democracy, and ensure the freedoms and liberties that all Americans should be entitled to?”

Biden said he could not directly respond to the question because aggressively pushing legislation on the protection of voting rights could potentially harm the passing of his economic plan.

“I have these three major pieces of legislation that are going to change the circumstances for working class folks and African Americans, that I’ve been busting my neck trying to pass,” said Biden.

“But what it’s done is [it has] prevented me from [inaudible] dealing with police brutality, dealing with the whole notion of what are we going to do about voting rights,” said Biden. “It’s the greatest assault on voting rights in the history of [the] United States since the Civil War.”

Biden later said that he would push voting right legislation in the future, potentially eliminating its filibuster.

“I want to make sure that we keep it [voting rights] in the national spotlight- that we make it known that this is a paramount issue to us and for future generations,” said Price.

President David Wilson said that though Biden addressed many concerns of the Black community, he was disappointed that CNN did not select a HBCU specific question to be aired on television.

“I do know that several individuals submitted questions about HBCU funding, particularly in the 3.5 trillion infrastructure bill, and no HBCU question was asked,” said Wilson. “I did take note of that.”

One pressing concern left unaddressed during the town hall was the Biden administration’s plan to fund HBCUs.

Biden planned to contribute $45 billion of his $3.5 trillion spending bill to HBCUs and minority-serving institutions, but his administration reduced educational programs’ funding to $2 billion.

“I felt like that [the bill reduction] was a big blow to HBCUs because we know that PWI’s get a lot of funding,” said Sonkro. “And this is our time, this is our chance to improve on things.”

“Promises were made, and I felt like promises should be fulfilled, but it wasn’t and this is gonna really hurt HBCUs,” she said.

In the town hall, Biden also discussed the Build Back Better plan, American Families Plan, COVID-19 vaccinations for children under the age of 12, small owned-businesses are more.