In a Q&A, West says that black love and black tradition fuels the ongoing fight for racial equality and equity. 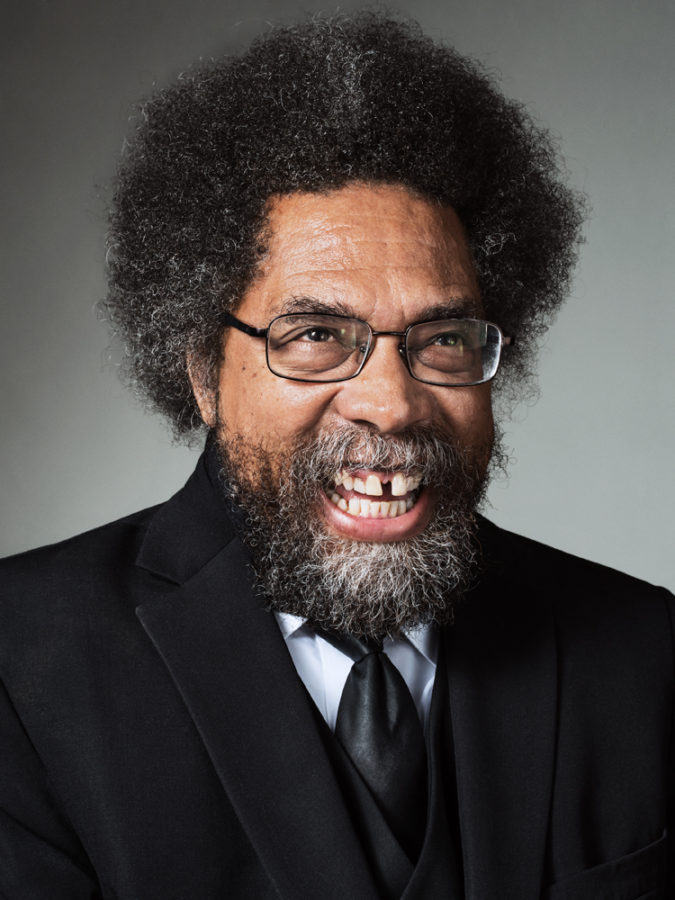 "I've tried to touch their souls, I try to challenge their minds, and I'm trying to convince them to have enough courage to fight. People need inspiration. Anytime you can provide illumination and inspiration, you are empowering people," said West.

As a young man, Cornel West participated in activism to fight the civil rights issues of the ’70s.

As one of the leading philosophers, social critics, and intellectuals of the 21st century, West focuses his energy on making sure the younger generations of black minds are connected to what he calls the black tradition.

In a recent interview with the Spokesman, West discusses impactful intellectuals of the past and present and reflects on the fuel for successful activism; black love.

Q: And who would you consider the foremost black intellectual of all time and why?

A: I mean, for me, it probably has to do with W.E.B. Dubois. Ida B. Wells-Barnett. And Malcolm X. Martin Luther King. Of [course]the great Benjamin Quarles [of] Morgan State. [He] was there for so many years. There [are] so many who are towering figures, but I would start with those.

Q: What makes those people stand out to you the most?

A: They were courageous truth-tellers who had a profound love for black people and were willing to live and even die for the purpose of black freedom.

Q: Do you think it was most important that they spoke up for black people and invested in the black community? Or is it a combination of a lot of different acts and sacrifices?

Q: Would you say that studying and absorbing a lot of different perspectives is how you study history and philosophy for your published books or works or opinion?

A: I’m a jazzman in the life of the mind. And so, a jazzman is always open to all different musicians and songs and pieces and compositions in order to learn, in order to grow. And so it could be towering figures like Tony Morris, and oh, I have so much to learn from [her]. And then it could be Ralph Ellison. Oh, I’ve got so much to learn from[him]. I learned from professors [like] that Morgan State Raymond Bush, you know, my dear brother, Raymond Bush, was a stone pan Africanist. He’s a very important voice, you know. Brother Jared Ball was a radical revolutionary brother. I learned much from him. And still, that, in that sense, as a jazz person- in the life of the mind- is always looking for ways of gaining insights to try to empower other people.

Q: How do you think you empower other people?

A: I’ve tried to touch their souls, I try to challenge their minds, and I’m trying to convince them to have enough courage to fight. People need inspiration. Anytime you can provide illumination and inspiration, you are empowering people.

Q: I know that as a creative, you have these projects that kind of spin in your mind for decades. What journey do you find yourself on right now in terms of discovery?

A: My fundamental focus right now is to pass on the greatness of the black tradition to younger generations. And so it’s discovery in the sense of how I can discover new ways of trying to show young people the great traditions and the great people that they come from.

Q: So, what would you think encompasses the black tradition?

A: It would be black love, black courage, and black willingness to fight for freedom.

Q: Would it also be some of the literature and art or, in a more tangible sense, what would expose today’s young people to those things?

A: Yeah, I think the Black Lives Matter Movement is a beautiful thing. Anytime black folks [are] willing to fight for a better world is a beautiful thing. But every movement that we know has always had certain challenges and certain faults and foibles and certain strengths. And right now, we need to have a vision broad enough among the younger generation, to understand what it means to be a person of integrity and honesty, and decency. So that’s a critique of all forms of oppression. National white supremacy, male supremacy, homophobia, civil capitalist greed, critiques of U.S. militarism, dropping drones on asking people, different parts of the world: All of those are intertwined. And when I talk about integrity, that’s intellectual integrity. You got to tell the truth. I talked about honesty. That’s intellectual honesty. You have to be critical of all forms of domination. But then you also have to be just kind and sweet to people. You got to be tender to people.

Q: What do you think is the theme of movements for Gen. Z?

A: I think that the poor people movement is one of the most important in the country led by way of [Rev. Dr. William J.] Barber and Elizabeth Theoharis. You know [there’s] a lot of young people in that movement. But the leaders themselves are middle-aged. Because they’ve been around for a long time. 25 years or so. But when you talk about that younger generation, that’s a tough question. They are still in the process of ripening.

Q: What message would you have for my generation of leaders and intellectuals?

A: I think that the important thing is to know the greatness of your past and your own family and community and history. And then try to keep that greatness alive in meeting the highest standards of integrity, honesty, decency, and courage. Whatever form it takes.

West will speak at Morgan State University on Oct. 21 in the University Student Center Theater as a part of the Presidential Distinguished Speaker Series.