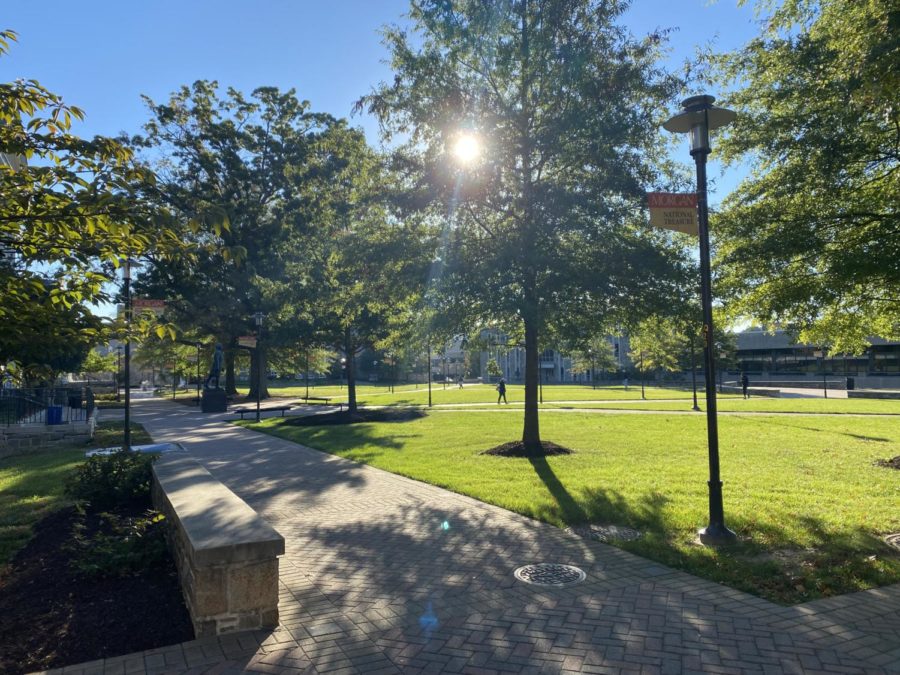 The university will return to in-person events on Feb. 21.

It has been nearly two months since the fall semester commenced, and Morgan State University professors are still struggling to adjust to new protocols on campus.

In its post-pandemic stages, Morgan has dealt with many unforeseen events that have caused confusion amongst both students and faculty. With the added Morgan Flex instructional alternative and COVID-19 precautions, some professors feel there is miscommunication across all boards.

Joanna Crosby, associate professor of philosophy and religious studies, has firsthand experience with the difficulties of Morgan Flex. She stated that the technology for Morgan Flex was never installed in her classroom in Holmes Hall. In fact, most of the older technology previously connected was no longer there or working properly.

“On the first day, a lot of classes disappeared from the registry because classes that were registered for flex, couldn’t be flex,” said Crosby.

When faculty raised this concern at the flex training meeting on Aug. 20, academic affairs informed them the tech should be installed by late September. However, this task was not completed and was pushed back once more.

To make accommodations, Crosby had to bring her own laptop to class and conduct remote instructional learning over Zoom for students unable to attend classes face-to-face.

While some professors continue to face difficulty with the lack of technology, there are a few who never had the proper training for Morgan Flex.

Christian Anderson, professor of mathematics, was informed he would be teaching Morgan Flex courses the night before classes began. He explained that if he had known in advance, he would have made time in his schedule to learn how to operate the new instructional option.

Furthermore, due to the Morgan Flex technology, Anderson was relocated to Martin D. Jenkins Hall instead of his traditional spot in Banneker Hall. The change in buildings was a huge adjustment for him, as well as learning the new technology, which took days to resolve.

Anderson also mentioned the lack of communication regarding specific protocols on asymptomatic COVID-19 cases.  He would prefer the university to release information on COVID-19 updates immediately instead of waiting until the end of the week.

“If the president makes a decision, it’s a long list of people that has to be notified before I get the news about it,” said Anderson.  “I don’t think the virus is going anywhere, unfortunately, so there needs to be a better way to communicate the protocols.”

In addition to technical problems, Morgan has faced infrastructure issues as well. Mark Garrison, dean of graduate studies, expressed his frustration with the return to campus.

“It has been difficult because Truth Hall [which now houses the School of Graduate Studies temporarily] is in need of roof repairs. We have only allowed our faculty in two at a time,” explained Garrison.

As a result, some staff members are doing telework at the moment. Due to the lack of space, Garrison mentioned that they may be relocating to the Earl G. Graves School of Business and Management Building soon.

When conducting interviews and hiring new staff, he had no choice but to do them over Zoom because of the repairs needed in Truth Hall.

“It was challenging because you can’t properly train new staff members over Zoom,” he said. “I don’t know when the repairs will be fixed.”

The department for design and construction was aware that Truth Hall needed repairs 18 months ago. The inspection completed recently confirmed that the roof needs to be replaced due to water infiltration.

“We are gathering the information and putting together a plan for the roof replacement as a future project,” said Kim McCalla, associate vice president for design and construction.

With COVID-19 still spreading rapidly across the country, some schools have already reversed their decision to be in person and have returned to virtual learning. Morgan continues to keep students and faculty updated on revised protocols for in-person operations.