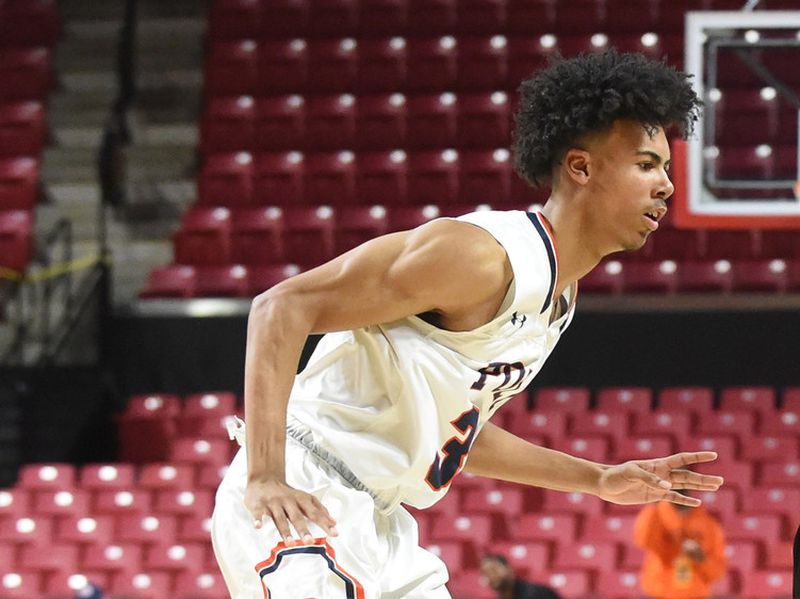 Morgan State University and the Baltimore community lost a student, entrepreneur, athlete, brother, and friend on Sept. 30 after Wallace got into a fatal car accident.

On Oct. 9, Ian Wallace’s family and friends held his funeral at the Empowerment Temple.

Morgan State University and the Baltimore community lost a student, entrepreneur, athlete, brother, and friend on Sept. 30 after Wallace got into a fatal car accident.

Wallace was only 19-years old.

Freshman Ian Wallace was beginning his collegiate career as a Morgan Bear. Before his enrollment at Morgan, Wallace was a three-time state champion and student-athlete at Baltimore Polytechnic Institute.

After graduating from Poly, Wallace spent one year at Mount Zion Prep before coming to Morgan this fall.

“With all the toxic masculinity or any negativity around athletes, Ian was an example of all the great things that can come from being a team player,” said Poly head basketball coach Sam Brand.

“I’ve said this many times since his passing. He allowed us to aspire to be a great team and, and not necessarily the leading scorer or leading rebounder or stat getter, just being good, a good person for other people, makes you a star in itself. And he was a great example of that.”

Those who had the privilege to know Wallace knew the positivity he added to the community.

Raised by parents Ronald and Antoinette Wallace in Northeast Baltimore, Wallace was a valued asset in the community. With such little life, he accomplished so much.

“Ian was one of the most respectful kids that you can have, just an awesome person, great personality, awesome teammate — all his teammates loved him. As a parent, I couldn’t have asked for an easier kid to raise. He was a good student, a good athlete, and just an all-around great guy. Just gone too soon, in my opinion,” Ronald Wallace told the Baltimore Sun.

Coach Brand recalled a memory of Wallace that he will never forget.

“We were playing St. Francis, who was nationally ranked in number one in our area at Towson University, and he had been playing a decent game but hadn’t scored a basket all game, and with, you know, with our last possession, he had the game-winning three.”

Brand titled Wallace the hero of this game. With this pivotal game-changing play, the team erupted in joy for Wallace, giving him the energy he always gave to his teammates.

At such a young age, Wallace mastered so much. He was an excellent student, star athlete, aspiring entrepreneur, and most importantly, a caring friend, thoughtful classmate, loving son, and brother. Wallace was loved by so many in the Morgan State community.

Morgan State University celebrates the precious life of Ian Wallace and sends its deepest condolences to his family.