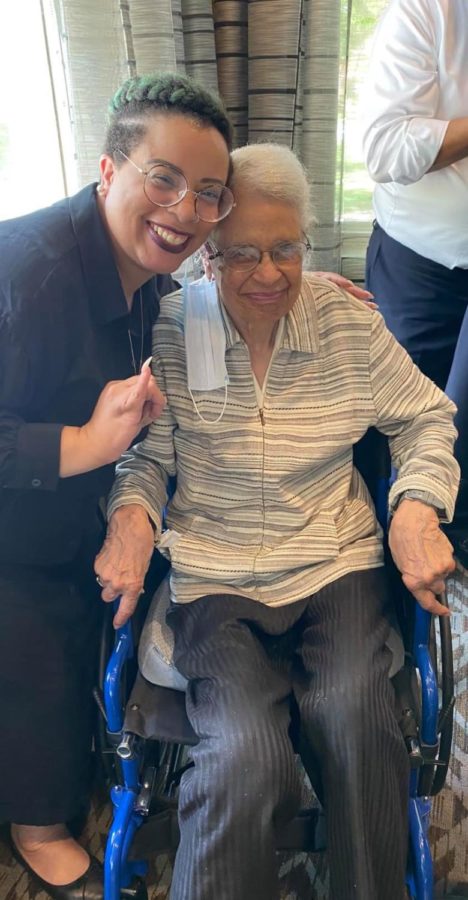 Courtesy of the Richardson family

On Sept. 22, Virginia Richardson, the former associate director for the Soper Library, passed away in her sleep.

Richardson always had a passion for expanding her knowledge. Her granddaughter, Kristie Richardson, said that her grandmother always pushed her children and grandchildren to further her education.

“She always encouraged us to be educated,” said Kristie.

During her career at Morgan, Richardson played a crucial part in the many developments that Morgan underwent over the years.

As its associate director, Richardson helped expand the Soper library, laying the foundation for many of the elements of the Earl Richardson Library.

However, Richardson’s journey at Morgan began decades before she became the associate director of its library.

Richardson first stepped foot on campus in 1938 as a student majoring in library science. She always knew she had big shoes to fill, as her uncle, George McMechen, was the first graduate of Morgan State College and the person after which McMechen Hall is named.

During her time at Morgan, she met her now-husband John Richardson. The two went on to graduate from Morgan to obtain higher degrees.

Virginia Richardson obtained her graduate degree from Columbia, and John went to New York University to get his Ph.D.

They eventually settled at Morgan to serve as educators.

John served as the chair of psychology and head of faculty Senate, while Virginia taught classes in the library operated the circulation desk.

The Richardson’s, a Morgan family, would often bring their children to campus to enjoy university life and activities.

Micheal Richardson, the son of the Richardsons, said he remembers coming to Morgan’s homecoming and seeing how happy everyone was.

“[It was] kinda like his family school,” said Micheal.

In their later life, John and Virginia were avid travelers and art collectors.

Kristie said that the couple kept many of their collected pieces around their home.

After the passing of John in 1992, money was donated to a scholarship program to fund the education of psychology students.

The lasting impact of the Richardsons on Morgan State University transformed the university, its campus, its students, and its programs.