Rachel Field, former MEAC Runner of the Week, started off the cross country season strong and hopes for her team’s success to continue. 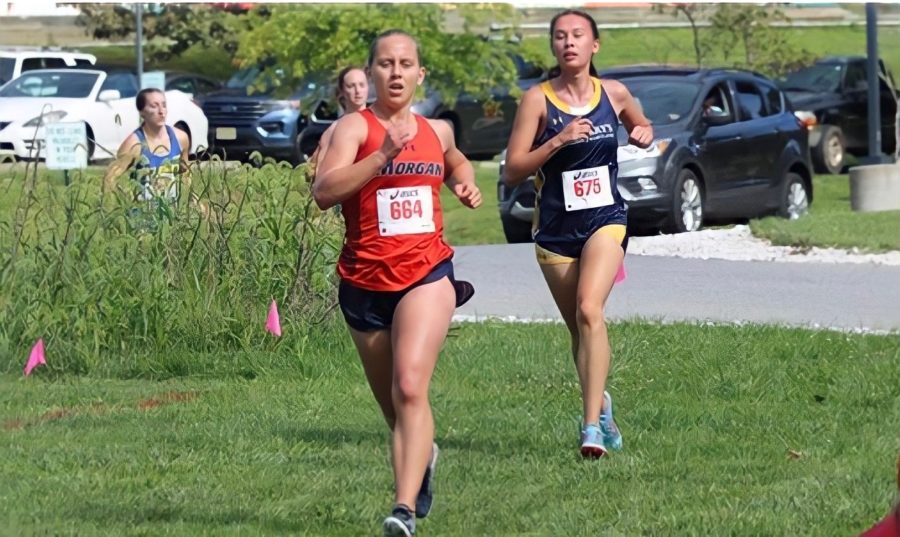 Looking for something to fill her time, junior Rachel Field started competing in cross country races when she was in the eighth grade.

The sport she once did for fun has now become a passion of hers met with success on the cross country team here at Morgan.

Field had impressive performances in her team’s two meets so far this season.

On Sept. 4, she placed 17th in the 4K run at the Towson Invitational in Cockeysville, Md with a time of 16:17.3. Her time was the fastest among Mid-Eastern Athletic Conference (MEAC) runners.

Following her performance, she was named the MEAC Runner of the Week on Sept. 8.

“It was definitely exciting,” Field said. “To start the season out that way, it kind of puts pressure on me to keep performing and working hard. I’m excited to live up to that and keep working hard throughout the season.”

After her performance at the Towson Invitational, Field had another standout race at the DSU Sting Invite in Dover, Del. on Sept. 11. She placed first in the 5300-meter run with a time of 22:23.50.

“It was definitely a confidence booster,” she said. “Those are mostly MEAC schools… so it gives me a good taste of what the championship will be like.”

Although Field had great individual performances, she would like to see her team perform even better.

Field said that she feels responsible to encourage her teammates and be a vocal leader.

“To be more vocal and keep pushing my team so that it becomes even more of a team when we’re racing,” she said regarding what she’d like to improve.

Field’s teammate, sophomore Michelle Kamara, described Field as one of the leaders on the team. She said that she has motivational conversations with Field before their meets to help each other perform better.

“Rachel is a great leader,” Kamara said. “She’s always there for you when you need her. “Whether it’s leading warmups, leading stretches, or giving pep talks.”

“Even when she finishes the race,” George said, “she still cheers us on.”

Field hopes that the camaraderie she has built with her team will allow them to stay successful as the season progresses.

“We have a really great team dynamic going,” Field said. “Everybody is working hard and I’m looking forward to what everyone can do.”

Field and her team are competing in the UMES Invitational this Saturday at 10 a.m. in Princess Anne, Md.