Cordae is Kickin’ it with Morgan this Thursday

The rapper will stop by Morgan during his 'Kickin’ It With Cordae’ HBCU tour to promote universities' eSports programs and play his upcoming album. 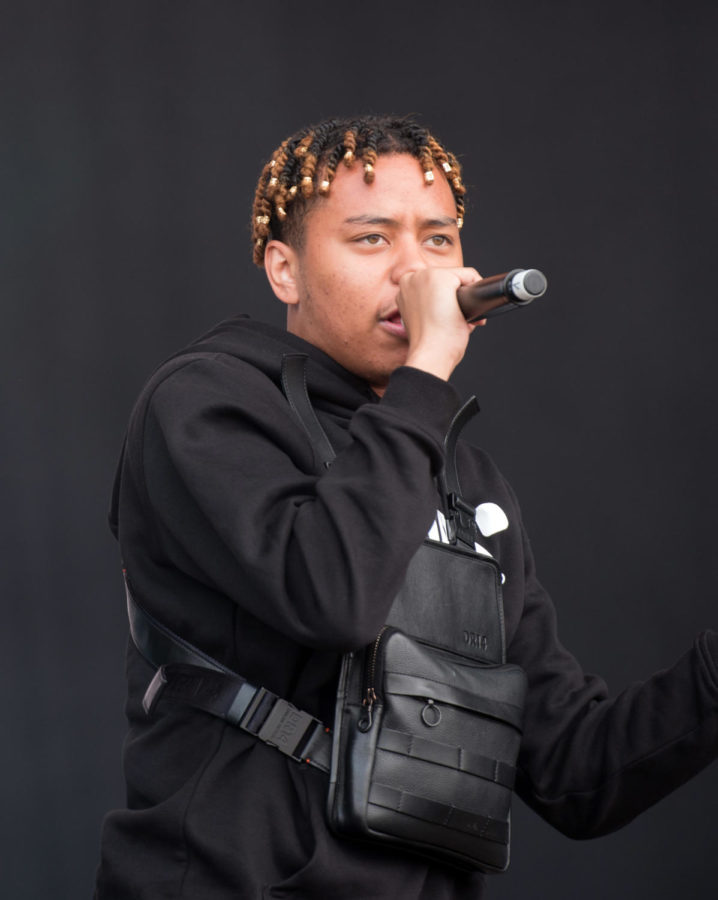 24-year-old rapper Cordae, formerly known as YBN Cordae, is coming to Morgan State University this Thursday to compete against MSU’s eSports team and give students a listen to his upcoming album.

Morgan is one of the several historically black universities Cordae is visiting this week. The rapper is conducting a ‘Kickin’ It With Cordae’ HBCU tour with eight universities in the Mid-Eastern Athletic Conference (MEAC.)

He will play his upcoming album and promote each campus’s esports program through ‘Gaming, Music and Conversations with Cordae.’
Who is Cordae?
Born as Cordae Amari Dunston, the rapper grew up in Prince George’s County, Md. At 15 years old, he decided to explore his rapping talents. As he got older, he began to remix popular songs such as “My Name Is,” by Eminem.

Cordae was a mass communications student at Towson University before dropping out of college to focus more on music. Before becoming Cordae or YBN Cordae, he released music under the name “Entendre.” Under this stage name, he released three mixtapes-  “Anxiety” (2014), “I’m So Anxious” (2016), and “I’m So Anonymous” (2017).

Cordae’s last album, “The Lost Boy” was released in 2019 where he was directed by longtime rapper Dr. Dre. His new album includes features from Ty Dolla $ign, Anderson .Paak, Pusha T, Arin Ray, and Meek Mill. That same year, Cordae was featured on the XXL Freshman Class List.
How to Attend Kickin’ It With Cordae
The tickets for Morgan’s Kickin’ It With Cordae event are sold out. Those who were able to get tickets can meet Cordae in the Student Center Theater. Doors will open at 3:45PM and the event will start promptly at 4PM.

Students will get to experience not only his album, but a Q&A and a chance to see who will lose or win against him in NBA 2K. If you do not have tickets, you can watch the Q&A live at 4:30PM on Morgan State University eSports Youtube page.