Outside contractors are called in to resolve ongoing maintenance issues. 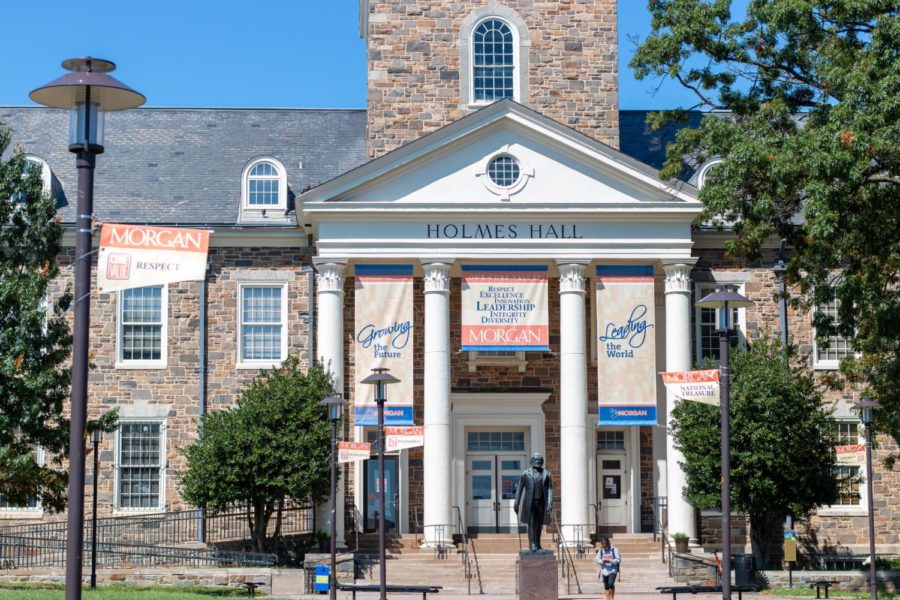 Maintenance issues in academic buildings is a cause for concern among students and faculty.

In the first week of the fall 2021 semester, Morgan State University faced major maintenance issues that prompted concerns about the upkeep of the academic buildings on campus.

Due to flooding and improper air conditioning, the Jenkins Behavioral Science Building, which houses the Clara I. Adams Honors College, has relocated to the graduate studies center in the library indefinitely.

“That’s always a concern…,” said Marc Boles, honors college coordinator. “…new buildings are going up, but some of the old buildings need some tending to.”

Physical Plant, a service responsible for the maintenance of the university facilities, has worked to restore the building. However, the building’s functionality is a challenge according to Kim McCalla, associate vice president of design and construction.

“Physical Plant did a lot of work in the old Jenkins, trying to get that [building] functional and better than it was before. But that building is a challenge,” said McCalla.

McCalla is working with Physical Plant and outside contractors to help resolve the ongoing issues in the Jenkins Building and other academic halls.

On Friday, Aug. 27, 2021, Morgan had a power outage that resulted in the cancellation of some classes the first week of school at approximately 12 p.m. McCalla stated that the outage was caused by a disturbance in one of Baltimore Gas and Electric Company’s 13,000-volt lines.

McCalla has since made changes to reduce the heavy impact that BGE has on Morgan’s campus.

“We’ve moved some of the heaters off of different units to try to balance out the load…to hopefully stabilize some of the BGE problems, so it wouldn’t be so significant,” said McCalla.

Concurrently, classes that were held in the new Martin D. Jenkins Behavioral and Social Science lecture halls were canceled due to a pipe break that caused flooding. The $79-million Jenkins Hall was built in 2017 and passed the initial building inspection at manufacturing. McCalla and Physical Plant are looking further into why the building is having issues this early.

Students are concerned that Morgan failed to maintain the academic buildings before they returned to campus. Sophomore business major, Asia Travers, expressed her concern about the unfavorable learning environment.

“I don’t like it,” said Travers. “It didn’t cross my mind that there would be buildings that wouldn’t have AC during 90-degree weather.”

The campus has been shut down since the spring semester of 2020. During the summer, Morgan had contractual and non-contractual maintenance staff working on buildings. However, some contractual staff members did not have their contracts renewed to continue working.

“Since work was very limited during this time some of the contractual staff did not have their contract renewed during covid,” said McCall. “All other maintenance staff were maintained during covid.”

Plans have been drafted for full renovations of the academic buildings. They include new plumbing, new HVAC units, and new wiring in the near future. There is no timeline for when these updates will be made.

“As we think of buildings as living things; like you, when you don’t move for a while, you get stiff,” explained McCalla. “And you have problems until you get everybody back and the building starts getting back into its normal cycle.”