After the second largest defeat in Wheatley's tenure at Morgan, here are the top five takeaways from Saturday's 69-20 loss against Tulane. 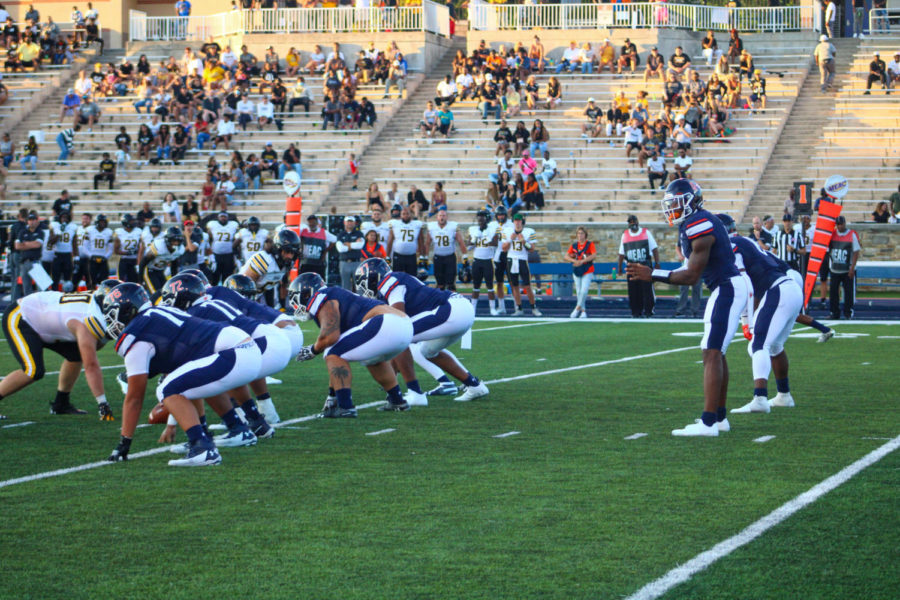 Morgan State’s football team suffered their second blowout loss of the season after they were defeated 69-20 by the Tulane Green Wave on Saturday.

The Green Wave, who scored the most points ever during head coach Willie Fritz’s six-year tenure, dominated the Bears from start to finish.

Led by freshman quarterback Michael Pratt (8-for-13 for 124 yards including two touchdown passes), Tulane scored 38 unanswered points within the first 21 minutes of the game.

With 8:32 left to go in the second quarter, Fritz decided to give Pratt the rest of the game off.

Even with their second-string quarterback in the game, Tulane continued to dominate the Bears.

Ibieta’s first drive of the game ended with him scoring a 23-yard touchdown run, raising Tulane’s lead to 45-0.

The Bears scored their first points of the season with less than one-minute left in the first half on a 13-yard touchdown pass from Neil Boudreau to wide receiver Wesley Wolfolk.

The Bears had two more red zone opportunities in the game and scored touchdowns both times. Despite finishing the game with a 100 percent touchdown rate in the red zone (3-3), the Bears lost the game by 49 points.

Here are five takeaways from the game.
Morgan suffered second largest defeat in Wheatley’s era
The Bears’ loss on Saturday was the second largest defeat during head coach Tyrone Wheatley’s three-year tenure. The team’s largest loss during Wheatley’s time as head coach was on Sept. 14, 2019 when they were defeated 63-12 by James Madison University. After Saturday’s loss, Wheatley is now 3-11 in his three seasons as Morgan’s head coach.
Jairus Grissom started at quarterback
After graduate transfer quarterback Neil Boudreau’s rough performance against Towson on Sept. 4, Wheatley decided to start junior Eastern Michigan transfer Jairus Grissom against Tulane.

Grissom saw action in the Bears’ first three series before being replaced by Boudreau with 2:00 left in the first quarter. Grissom threw two passes but did not have any completions.
Neil Boudreau throws the first touchdown pass of his collegiate career
Neil Boudreau (17-for-26 for 184 yards) threw 3 touchdown passes against Tulane including the first one of his collegiate career. With 52 seconds left in the first half, Boudreau connected with graduate wide receiver Wesley Wolfolk on a fade route for a 13-yard touchdown.

Boudreau’s three touchdown passes were the most by a Bears’ quarterback since DJ Golatt threw three touchdown passes against Norfolk State on Nov. 17, 2018. Boudreau also threw two interceptions in the game.
Wesley Wolfolk had a breakout game
Wide receiver Wesley Wolfolk caught six passes for 110 yards including a 52-yard reception on a go route down the right sideline with just over two minutes left in the third quarter. Two of Wolfolk’s six receptions were touchdowns.
Bears’ offensive line challenged
Morgan’s offensive line struggled to protect the quarterback on Saturday. They allowed five sacks for a loss of 35 yards as well as 9 tackles for loss (39 yards).