20 years after the Sept. 11 terrorist attacks, managing editor Trae Mitchell reflects on the impact that day left on the United States. 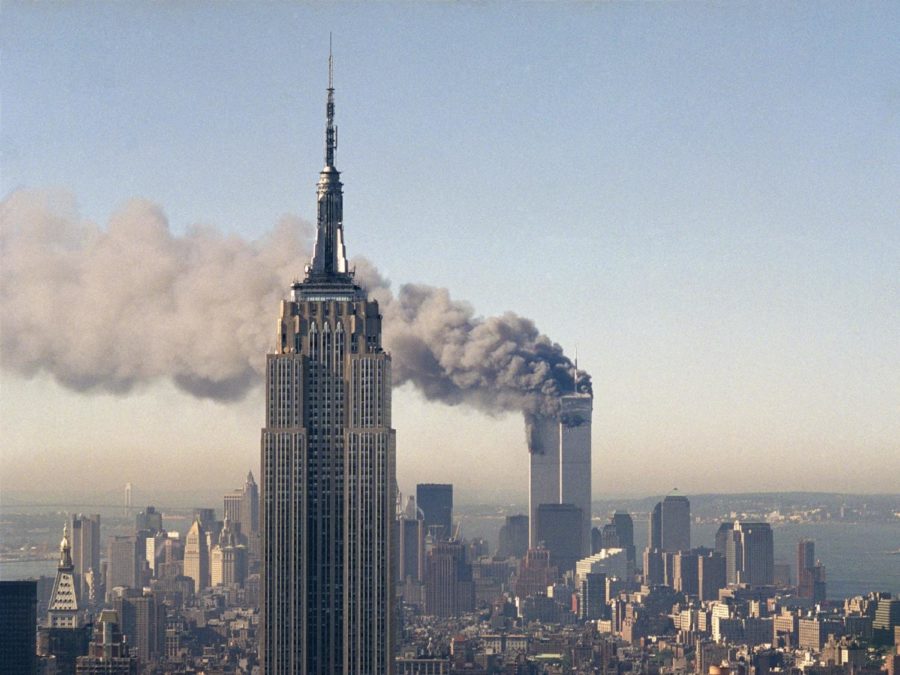 The terror attacks on 9/11 left an everlasting impact on the country, even 20 years later.

On Sept. 11, 2001, my mom brought me to work at the Marian Wright Edelman Child Development Center on the campus of Spelman College in Atlanta.

She was preparing her classroom for open house when American Airlines Flight 11 crashed into the first tower of the World Trade Center.

She held me close while she and her colleagues watched smoke billow from the building.

I remained in my mother’s arms quietly as the realization that America was under attack washed over her.

I was nine months old.

The terrorist attacks that continued after that day and the country’s response to them played in the background through my childhood.

Though I was too young to remember Sept. 11, the residue of its events are imprinted on my childhood.

The coverage of bombings, shootings, riots, and raids that aired on the news was the soundtrack for my childhood.

As I got older, my parents told me more about the scar Sept. 11 left on them.

My dad said that he felt a new sense of vulnerability. He thought that the terrorist attacks exposed America in a way it had never been before.

My mom still felt disbelief. She said this is something that doesn’t happen to America. She never thought it could happen to the U.S.

My parents felt weary about traveling. The times that we did travel, we would avoid large crowds.

We exchanged our forty-five minute flight from Fayetteville, Georgia to Raleigh, NC for a six-hour drive. Though time-consuming, it provided a safe journey to see our family and friends.

My father, an executive at a television network formerly known as the Black Family Channel, often took flights for out-of-state meetings.

I remember dropping him off at the airport and crying out for him, not just because he was leaving, but because I could see the tension on my mom’s face, the worry on my dad’s shoulders, and the heightened alert in the crowd moving TSA even years after the attack occurred.

The stain of fear and worry seemed like it could never be removed, no matter what the American government tried to do to reestablish its invincibility.

I was 10 when I watched the raid to capture and kill Osama bin Laden on the television in my childhood home. I saw the al-Qaida propaganda videos air on CNN and MSNBC.

I remember seeing various airstrikes by the U.S. to Afghanistan. I remember reading about the thousands of Americans and Afghans who lost their lives from these acts of terror and the subsequent war.

I’ve seen the death of innocent Americans at the hands of its police. I see attacks on the capital by self-proclaimed patriots. I see Americans trapped in Afghanistan trying to escape the destruction that American troops left but having to pay for it with their lives.

The Sept. 11 attack set the tone for what America means to me and what it means for my peers.

The day of terror exacerbated the American thirst for violence and struck a deeper rift in American communities.

However, that day did not create the horror we’ve seen come from a wounded America for the last 20 years. That day exposed the horror that was laid with the foundation of this country.

Being born into the chaos has left me numb. For many, it has left them angry.