The Bears return to Hughes Memorial Stadium this Saturday to face Towson University in the Battle for Greater Baltimore. 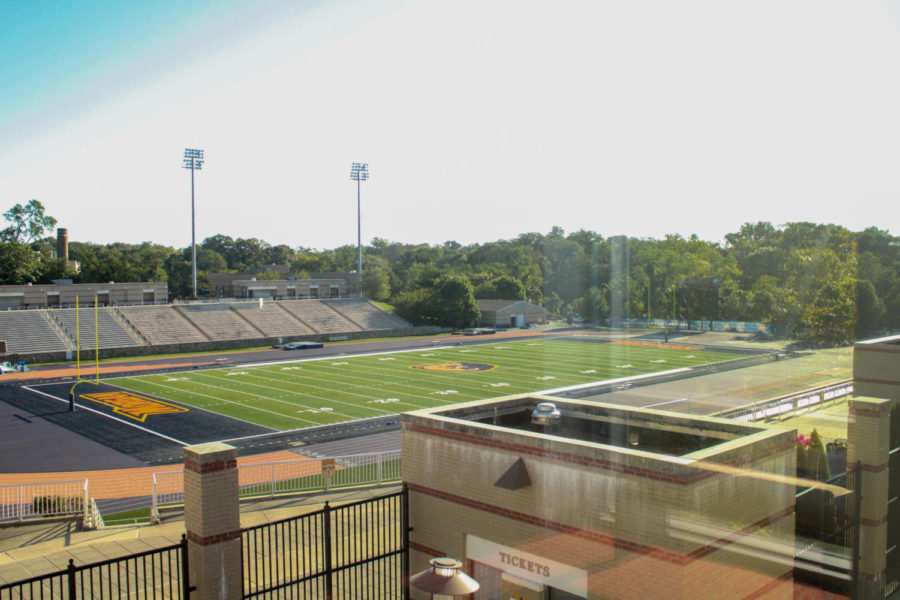 Morgan State’s football team will face Towson University in Hughes Memorial Stadium this Saturday at 4 p.m. It is the team's first game in almost two years.

The Battle for Greater Baltimore series returns to the city for the first time in three years. Morgan last played against Towson on Sept. 1, 2018, when the Bears lost 36-10. At the time, current head coach Tyrone Wheatley was serving as the running back coach for the Jacksonville Jaguars.

Due to roster overhauls, both teams will look drastically different than they did three years ago, especially Morgan.

Here are five things to look forward to ahead of Saturday’s game:
Morgan’s Quarterback Situation:
During the 2019 season, Morgan’s primary quarterback was senior DeAndre Harris. With Harris no longer on Morgan’s roster, the team will now seek new leadership.

Neil Boudreau, a graduate San Diego State transfer, will likely be Morgan’s starting quarterback on Saturday. Boudreau, a former punter and safety, has never started a game at quarterback in his collegiate career.
Fans return to stands:
Due to the COVID-19 pandemic, no fans were allowed to attend any Morgan sporting events for the 2020-21 season. As of now, Morgan is allowing full capacity at Hughes Memorial Stadium, which seats 10,000 people, for the 2021-22 season.
A Super Bowl Champion on Morgan’s coaching staff:
In May, former Baltimore Ravens wide receiver and Super Bowl 47 Champion Jacoby Jones joined Morgan’s coaching staff as a tight ends coach. Prior to coming to Morgan, Jones served as the wide receivers coach for Lane College as well as Calvert Hall College.
A new look team:
In addition to having a new quarterback, Morgan will have many other new players as well. Many notable players on Morgan’s 2019 roster have either graduated or transferred including linebacker Rico Kennedy, outside linebacker Colby Warrior, cornerback Donte Small, and tight end Xavier Gravette.

There are 51 freshmen and 17 sophomores listed on this year’s roster, according to Morgan State athletics’ webpage. With just 20 juniors, five seniors and three graduate students, many of Morgan’s players will make their collegiate football debut this Saturday.

New additions to Morgan’s roster include junior running back Terius Wheatley, a Virginia Tech transfer, sophomore offensive lineman Marvin Atuatasi, and sophomore running back Jabriel Johnson.
Players can finally return to the field:
Saturday’s game against Towson marks the first game for many players on Morgan’s roster in at least two years. During their playing hiatus, players dealt with much uncertainty.

Not only were players’ physical health affected by the long break, but their mental health was affected as well. At last, they will be able to return to playing this Saturday.