With a 0-4 record to start, the Lady Bears' are still confident in their success this season. 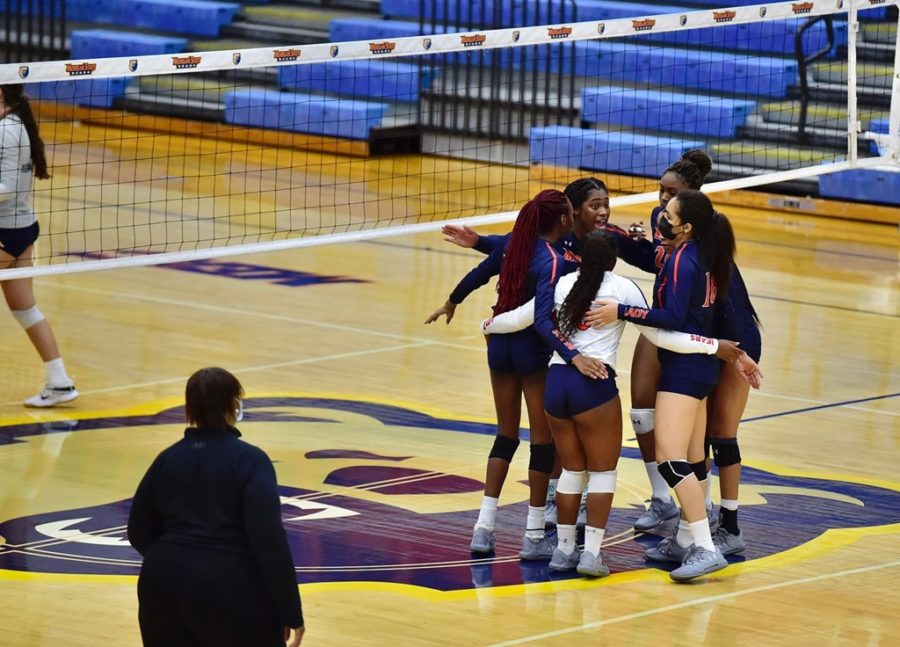 Morgan State’s volleyball team has lost their first four games of the regular season, but they remain optimistic about their prospects.

The opportunity to coach a talented group of underclassmen is one thing that head coach Ramona Riley-Bozier, who has led the team since 1987, is excited about the season.

Of the 16 players currently on the volleyball team, 11 of them are underclassmen, per Morgan’s athletics website.

One freshman in particular that has stood out to Riley-Bozier is outside hitter Maddison Grace from Detroit, Mich. Riley-Bozier believes that Grace has a legitimate chance to win MEAC Freshman of the Year.

“She has a great shot and plays solid defense,” Riley-Bozier said.

Grace said that the team is beginning to develop chemistry with one another despite not knowing each other for too long. Some personal goals for Grace include improving her passing and hitting game.

“I want to get better at passing and hitting,” Grace said.

Although Riley-Bozier is embracing the challenge of coaching a young team, she understands that their lack of experience could negatively impact them.

As a result of this, Riley-Bozier is not measuring the team’s improvement based on their record.

Some areas where the coach would like to see the team improve include passing and defense.

Despite having a young roster, the expectations from players on the team remain high.

“This season I hope to win a conference championship,” Jackson said.