The Office of Residence Life and Housing plans how to house students after receiving an all-time high number of housing applications. 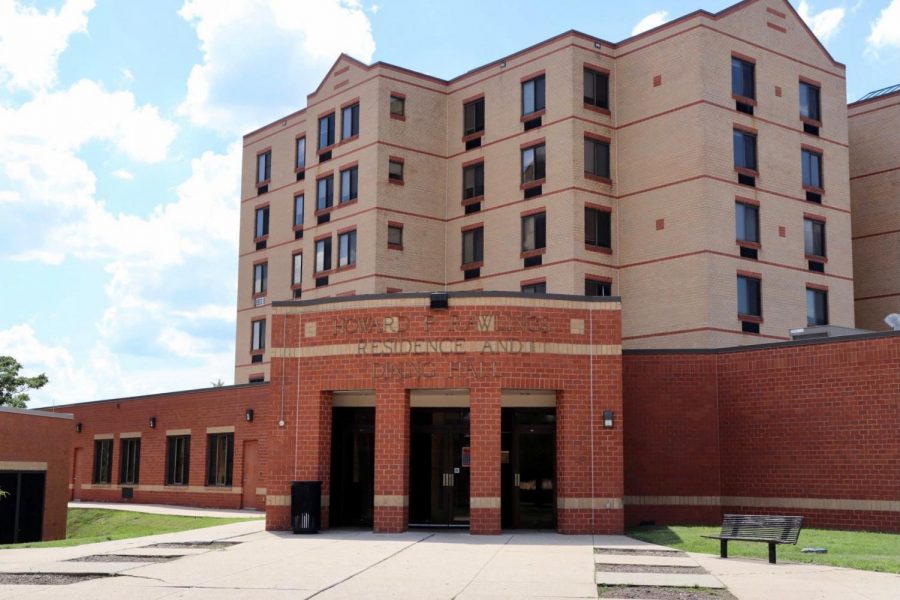 Located inside of Rawlings Hall is the university's largest dining area often referred to as the Refac.

The Office of Residence Life and Housing is implementing new housing strategies in response to the overage of housing requests. They hope to house as many students as possible.

Last Friday, the Office of Residence Life and Housing began distributing housing assignments to students, but this year’s assignments are different from past years.

While the freshmen live on campus, the upperclassmen usually reside in the university’s off-campus housing options, such as Marble Hall Gardens Apartment Complex and HH Midtown Apartments.

However, many freshmen this year will live in off-campus housing. According to Douglass Gwynn, director of the Office of Residence Life and Housing, the university has partnered with Morgan View Apartments to create space for about 400 freshmen to live in the apartment complex.

“When we exhausted all of our housing that we had on campus proper, we had to look to an option that was again as close to campus as possible, that provided the best traditional residential experience that we could create for our students and cohort those students in one area. So, we were able to lease some spaces for Morgan View,” Gwynn said.

With the additional 400 freshmen living in apartments, Morgan View’s management team emailed waitlisted students Monday that they were at total capacity.

“We regret to inform you that there are no openings to live with us at this time,” the team wrote. “Morgan View apartments has reached 100 percent occupancy and will no longer be maintaining a waitlist.”

Outside of Morgan View, the university has about 1,700 available beds on-campus and 900 beds off-campus, but the record-breaking 3,100 applications leave about 500 applicants without guaranteed housing.

Gwynn said the Office of Residence Life and Housing is aware of the deficit between available housing assignments and housing applications received. Still, they are actively planning a way to house all the applicants.

“It’s not like we don’t realize that, you know, we have more applications than we have housing spaces.” Gwynn said, “We are, you know, keenly aware of that, and we’re proactive in securing additional space in terms of what that may look like to support our students.”

Gwynn said the Office of Residence Life and Housing is considering housing students in a local hotel as an option to secure additional housing.

“The final decision has not been made, but I do know that it is highly likely that we will move to a hotel,” he said. “We tend to work with those hotels from which we’ve done business with.”

This is not the first housing overage Morgan has seen. It occurred several times, even dating back to 2006. When the university experienced similar housing issues in 2017, students were housed in the Radisson Hotel four miles away from campus.

Gwynn assured the university is built for situations like this.

Until the university finalizes its additional housing options, the Office of Residence Life and Housing will continue sending students their housing assignments with the available options.

Gwynn estimates around 90 percent of students who applied for housing before the first deadline have received their assignments, but this excludes students currently on the waiting list.

This estimate excludes those that are currently on the waiting list. The Office of Residence Life and Housing has created a waiting list that will notify students when a space becomes available for them.

Once notified of available housing, students will have 72 hours to complete the application process.

According to Gwynn, about 400 students have yet to receive a housing assignment. For many students, the waiting process has been a challenge.

Asja Whitaker, incoming freshman multimedia journalism major, has been waitlisted for the last two months. As an out-of-state student, Whitaker said she is frustrated at the possibility of not having guaranteed housing.

“Since I’m waitlisted, I can’t pay for my [housing application] payment, and I live in New York, that’s at least three hours away,” she said. “I think it’s unfair that students on the waitlist aren’t guaranteed an assignment.”

Gwynn has asked students to remain patient and said all applicants would receive their housing assignments before classes begin on Aug. 23.

“We’re working to house 100 percent of the students that we can possibly house that have applied for housing, those that are on a waitlist, and those who are beyond the waitlist,” Gwynn said.