Morgan looks to outside firm to verify vaccination statuses

Student Affairs VP aims to have 70 percent fully vaccinated campus for the fall. 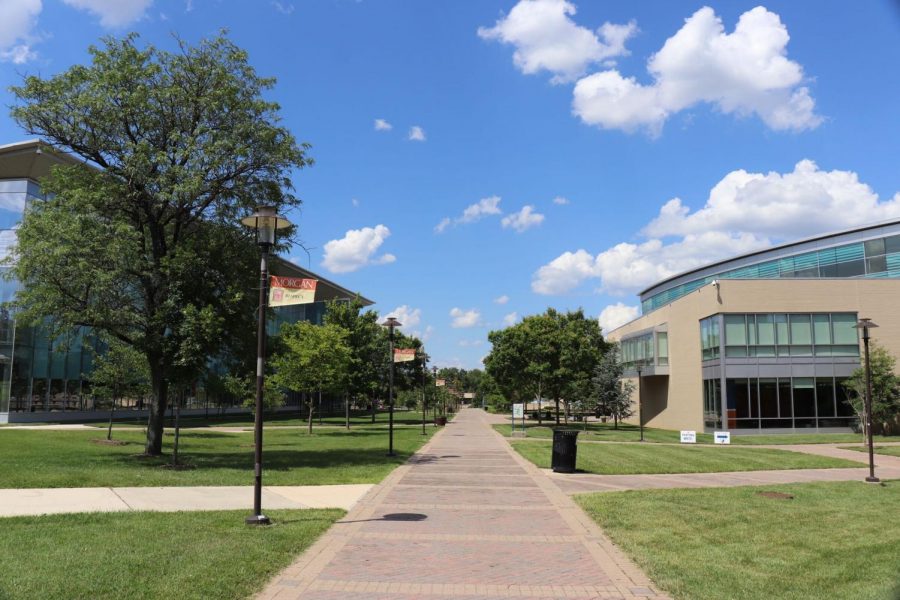 Morgan State University is looking to partner with a vaccination verification firm to certify COVID-19 vaccination statuses in advance of next month’s return to campus.

School officials hope the partnership may clarify the vaccine verification process now that the mask mandate has been lifted for the fall semester.

“The university is signing a contract with an outside entity that verifies vaccinations.” Banks said, “Students will upload their vaccination cards to the required portal and the organization will confirm its validity.”

In a follow up email, Banks said, “the procurement process has not been finalized yet and a contract has not been signed with CastleBranch. In fact, other companies may also have the opportunity to bid on the project.” However, CastleBranch was the only company Banks mentioned in an interview with The Spokesman.

A Castle Branch “Real Vaccination ID” provides physical and digital verification that a person received the coronavirus vaccine. Students would submit their vaccination cards through this portal to have their status verified and approved by the university.

Banks said, “Using the information that you provide on your vaccine card by taking a photo of the card and uploading it into the Castle Branch database, Castle Branch employees will then verify the testing site at which you were vaccinated.”

Morgan’s vaccine management team is expected to begin the vaccine verification process as early as this week, according to Banks.

Everyone who plans to return to Morgan for the fall semester must follow through the vaccine verification process. According to Banks, the university is aiming to have 70 percent of the campus fully vaccinated for the fall return.

Anita Hawkins, associate professor, and member of the university vaccine management team said individuals planning to submit medical and religious exemptions for the vaccine must submit valid documentation as well.

“We are looking into two options for verifying vaccination status that will be implemented shortly.” Hawkins said, “These methods will include uploading your vaccination documentation {vaccination cards}. The same will be required of those that are seeking vaccination exemption—they will have to submit the necessary medical records and, or a request for religious exemption.”

“Students will be charged under the code of conduct by the MSUPD for publishing false information that jeopardizes the health and safety of students at Morgan State University,” Banks said.

In an email statement, Marcia Murphy, a spokesperson from the U.S. Attorney’s office in Baltimore, said while there’s no federal law that specifically bans the production of fake vaccine cards, “Persons who engage in fraudulent conduct are often charged under federal statutes such as those prohibiting mail fraud or wire fraud.”

“If an individual’s conduct meets the elements of a federal offense then we may charge them,” said Murphy adding that mail fraud and wire fraud each carry a maximum 20-year prison sentence.

Members of the Morgan community were also concerned about how the staff would be able to differentiate between students that are unvaccinated from other students that are fully vaccinated. Adore Oyeti, junior computer science major, expressed uncertainty that unvaccinated students will continue to wear masks now that the university has lifted their mask mandate.

“I’m concerned that unvaccinated students won’t wear masks and that this will compromise the safety of other students,” Oyeti said.

Banks clarified that the University’s reopening team is still in the process of coming to a resolution of possibly “singling out” unvaccinated students by asking them to wear masks as they want to respect their privacy. Until then, all unvaccinated people must wear their masks on campus.

Spokesman Editor-in-Chief Jordan Brown contributed to this story. Clarification — In an earlier version of this story, The Spokesman reported that Morgan State University signed a contract with CastleBranch. The paper learned subsequently that a contract has not been signed.