Starting July 1, student athletes can profit from their name, image, or likeness. 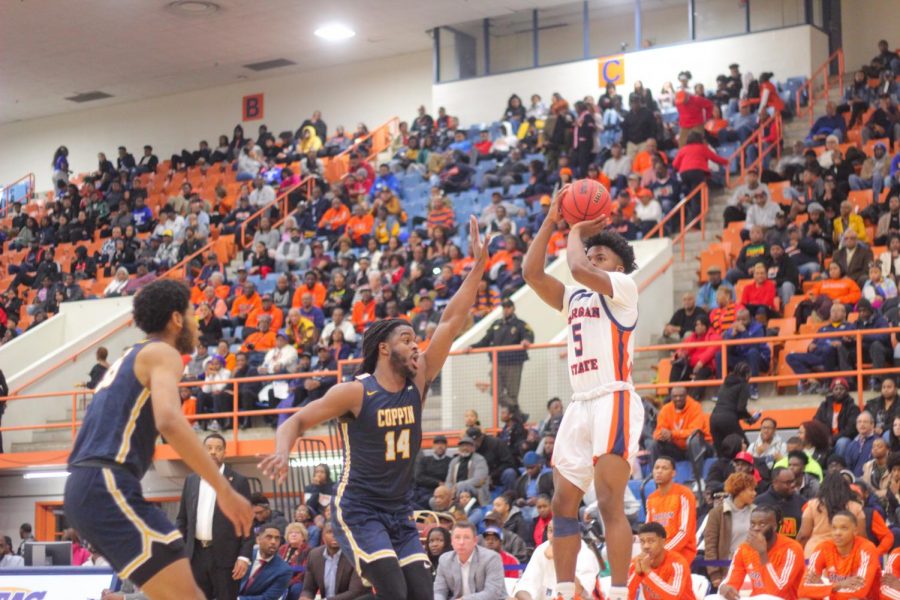 The NCAA's decision will allow student athletes at Morgan State University, like Sherwyn Devonish-Prince, to profit from their name, image, or likeness.

As of Thursday, the NCAA will allow all student athletes from its three divisions to earn money for the use of their name, image, or likeness.

The NCAA’s decision comes after the Supreme Court ruled against the NCAA on June 21 in their bid to prevent student-athletes from profiting off endorsements.

The Supreme Court backed a lower court’s ruling allowing schools to compensate athletes with academic-related perks. As a result of the ruling, the NCAA cannot deny education related payments to incoming athletes.

Current professional athletes, former college athletes, and sports analysts have been pushing for this ruling for years.

They believed that it was unfair that the NCAA was able to make billions of dollars each year, yet college athletes were not legally able to earn any money.

In 2019, the total athletics revenue reported among all NCAA athletics departments was $18.9 billion, but college athletes did not receive any of it.

The ruling states that college football and basketball athletes may receive unlimited education benefits including but not limited to postgraduate scholarships, internships, and academic items such as books, laptops, and instruments.

While the ruling states that schools cannot directly pay athletes, an athlete can receive benefits as long as it is related to education.

Mike Greenberg, an ESPN anchor, was pleased to hear that NCAA athletes are now able to earn money from endorsements.

“It’s about d— time—This system has been unfair and out of date for decades,” Greenberg said on Instagram.

Like Greenberg, John Purvis, a rising sophomore track and field athlete at Morgan State University, was ecstatic about the news.

Purvis believes it is his right to be compensated since schools are allowed to make money off his name.

“I should be given the right to make money off my name since it’s all I have,” Purvis said. “Schools shouldn’t be the only ones making money off my back.”

NCAA officials previously argued that compensating athletes would hurt the purity and integrity of college athletics, but Purvis disagrees.

“It wouldn’t hurt the integrity of the game, but you will see another side of college athletes,” Purvis said. “Since money is being allocated for athletes, it will cause them to raise their game and help them get more exposure leading to more endorsements and sponsorships.”

When asked if he would take advantage of the opportunity, Purvis said that he would not go out of his way to seek endorsements but would not decline them if they were offered.

One potential outcome of the NCAA’s decision that could directly impact Morgan is that Morgan’s student-athletes could be requested for sponsorships by companies who would have sponsored the athletic department in the past.

If this were to happen, Morgan’s athletic department could face difficulty funding athletic programs outside of football and men’s and women’s basketball.

Morgan athletic director Edward Scott hopes that the athletic department can work with student-athletes to prevent this from happening.

“My hope is that we can work together with the student-athletes to find a way where there’s no conflict of interest with certain sponsors and certain revenue streams so this way, we don’t eat into the money the athletic departments need to provide a meaningful student-athlete experience while still giving our student-athletes plenty of opportunities to earn some money,” Scott said in an interview with CBS.