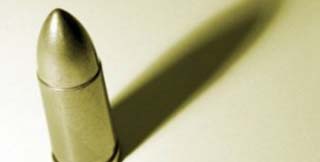 The Maryland General Assembly along with the support of President Barack Obama, Governor Martin O’Malley and other leaders has banned 45 different types of military-type guns in the state. However, on the campus of Morgan State students have expressed mixed views on gun control.

“I definitely believe that we should have more strict gun laws because of past events, but at the same time these new laws shouldn’t automatically take away our born right to bear arms,”  says sophomore Ari Parker.

With weapons becoming prevalent in today’s society, and taking into account the two shootings that took place on campus last year, some students are personally affected by these laws. “In Morgan’s case, gun control is a serious issue,” says Morgan sophomore Emmanuel Odagbodo. “Due to Morgan’s history , it is a necessary precision in order to ensure Morgan’s safety, the community’s safety and Baltimore safety.”

According to Marylanders to Prevent Gun Violence, a gun violence prevention organization in the state, between 1994 and 2004 when the assault weapons ban was in effect, assault weapons traced to gun crimes dropped 45 percent nationally. In Maryland, it led to a 55 percent drop in assault pistols recovered by the Baltimore Police Department.

“People who violate or have concealed guns should become a felon immediately,” says sophomore Chaniqua Braxton. “Guns are dangerous and they’re ruining our youth. They damage our communities nationwide more than they help improve.”