The mercy rule was implemented after the Lady Bears were down 19-0 at the top half of the fifth inning. 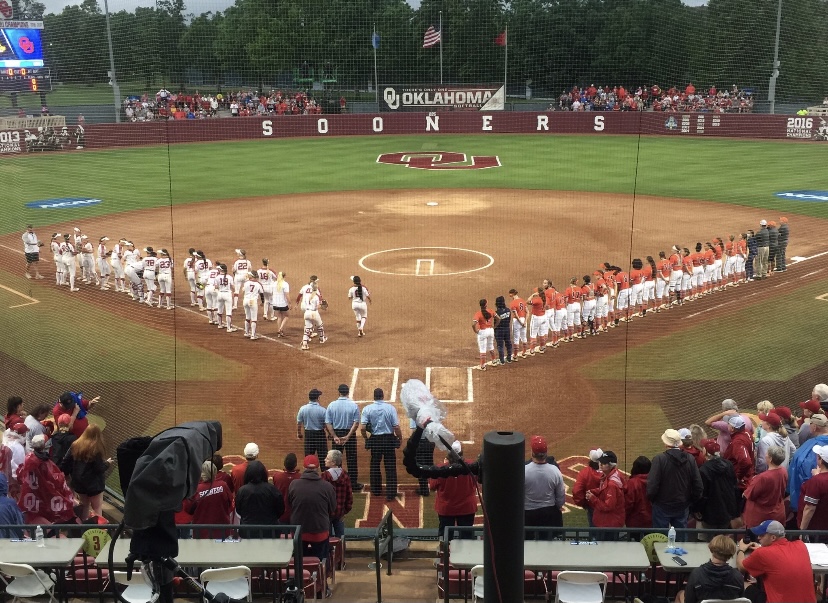 The Sooners scored seven runs in the first inning and never looked back.

RBI doubles by first baseman Taylon Snow and catcher Kinzie Hansen, as well as a grand slam by right fielder Nicole Mendes in the second inning, put Oklahoma ahead 13-0.

At the top half of the fifth inning, the Lady Bears were trailing 19-0 and the mercy rule was subsequently implemented.

Oklahoma finished with 19 runs, 18 hits, and zero errors. Morgan had zero runs, one hit, and one error.

Sophomore pitcher and utility player Melissa Paz had the lone hit for the Lady Bears.

Oklahoma’s Mendes finished the game with seven RBIs which is the most in program history for a postseason game. Her two homeruns also tied a regional program record.

Oklahoma senior pitcher Giselle Juarez (17-1), who pitched 3.1 innings and had six strikeouts, led the Sooners to a historic win.

Morgan will face Texas A&M Saturday at 6:30 p.m. in Norman, Okla. with a chance of being eliminated.

If Morgan loses to Texas A&M, their season is over, but they still have a chance to advance in the tournament. If the Lady Bears defeat the Aggies, they will face the loser of the Oklahoma and Wichita St. game at 9 p.m.

In the case that Morgan wins the 9 p.m. game, they would face the winner of the Oklahoma and Wichita St. game at 4 p.m. on Sunday. If they win again, they will play the same team again at 6:30 p.m. for a chance of winning the regional championship.

The Lady Bears must win their next four games in order to win the regional round and advance further in the tournament.