‘No one thinks that Morgan is capable, but we know that we are’: Morgan State softball team reflects on season as they prepare for NCAA Tournament

The Lady Bears' COVID-riddled season prepared them for their journey to the NCAA Tournament. 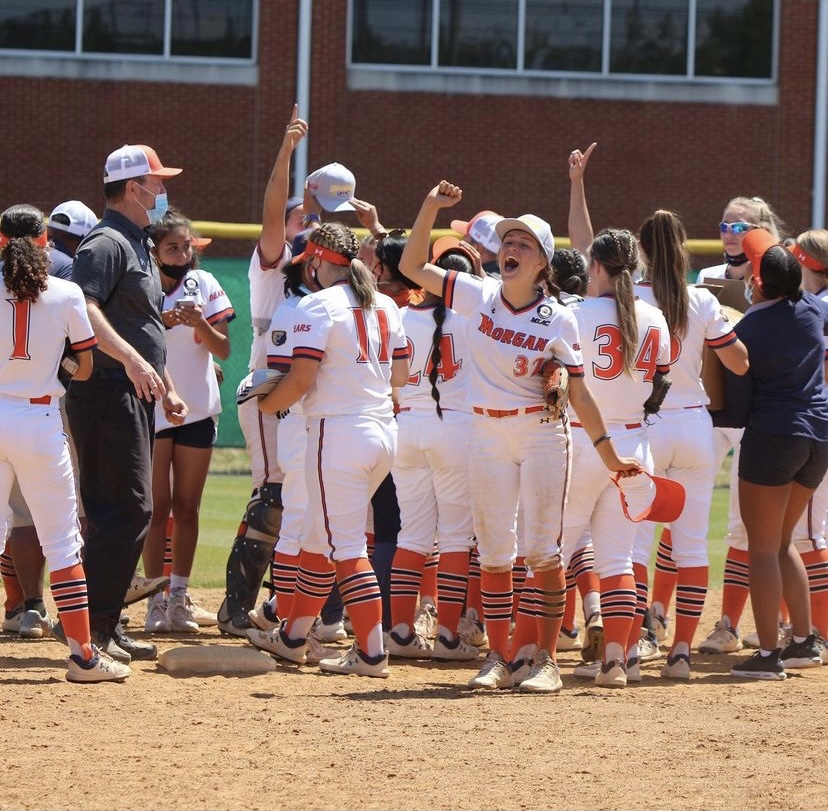 The Lady Bears will play in the NCAA Division I Softball Tournament against Oklahoma Friday at 8:30 p.m. with the game airing on ESPN3

Morgan State’s softball team faced a multitude of adversity throughout their season and their matchup Friday against No. 1 Oklahoma will be no different. With the coronavirus pandemic delaying their fall workouts and pausing their season due to a COVID outbreak, their motivation led the Lady Bears to win their first Mid-Eastern Atlantic Championship.

Sophomore pitcher and utility player Melissa Paz expressed the Lady Bears’ key to success against Oklahoma will be focusing on themselves rather than their opponent.

“I think we just need to come together and work on ourselves rather than focus on Oklahoma,” Paz said. “If we come together collectively, we are capable of not just beating them, but going further in the tournament.”

She added that her team’s determination throughout their COVID-riddled season prepared them for this moment as they enter the NCAA tournament.

The Lady Bears usually begin workouts during the fall, but COVID-19 restrictions prohibited them from starting until January, according to freshman pitcher Emily Raubach.

“Having to come together and learn each other so quick was hard but we all got together and worked together,” said freshman Sarah Tuzinski.

Shortly after workouts began in January, their season was briefly paused in mid-February after the athletic department suffered a COVID outbreak with six softball players and about 40 people total testing positive for COVID-19.

“We had to stop for about a good month and then restart although all these other teams were already practicing and playing games,” Paz said. “We had to deal with COVID early on and dealt with that. We still were successful at being MEAC champs.”

Paz played an instrumental role in her team securing the MEAC title as she hit a three-run homerun in the third inning of the championship game.

The Lady Bears’ win in the MEAC championship game earned them an automatic bid in the NCAA Division I Softball Tournament and they are now set to face Oklahoma in Norman, Okla. Friday at 8:30 p.m. with the game airing on ESPN3.

“Watching us be picked to play Oklahoma was really fun and it felt so rewarding to know that we belonged there,” Raubach said.

Many softball analysts believe that Morgan has a daunting task ahead of them as they face Oklahoma.

“The Morgan State Bears are by far the biggest underdogs in this regional,” said Ethan Lee, a writer for the sports website Fansided. “The Bears will need to play perfect softball as they try to get a win against arguably the best team in the country.”

Aware of the fact that many people predict Oklahoma will defeat Morgan, Paz and Tuzinski said they look forward to the chance to prove naysayers wrong.

“No one thinks that Morgan is capable, but we know that we are,” Paz said.

“We’re underdogs in this entire thing,” Tuzinski said. “No one really knows of us.”