Experts say incoming students are more attracted to institutions at the forefront of social and racial justice. 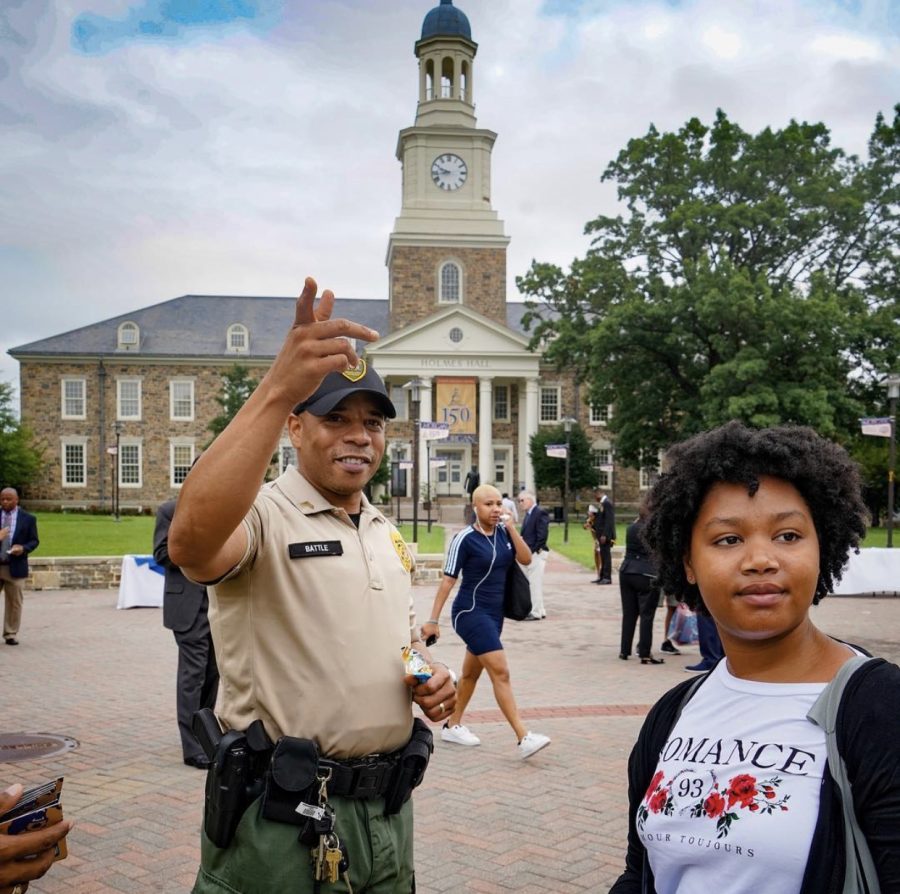 Hope Harden always knew she wanted to attend a historically black college (HBCU). Once it was time for her to apply to colleges, she kept her options open but her heart desired the HBCU lifestyle.

“Ever since I was little, I always wanted to attend an HBCU that had a very close, but large community,” Harden said. “Drumming, the band dancers, all the parties, just gathering together to make a huge family that I’ve always wanted.”

Deciding between Morgan State, Delaware State, Winston Salem State, Bowie State, and several other schools, the Upper Marlboro native was unsure where her future would land. But the proximity to home, Morgan’s sense of community, and the international choir are what truly sealed the deal for her.

“I realized that singing was something I really wanted to do when I was three and I never knew that there was a choir in the world that could travel as much as they do,” Harden said.

As she enrolls in the fall as an incoming freshman, Harden plans on studying social work and singing in the choir.

Many students like Harden gained a profound interest in HBCUs this year. Morgan broke its enrollment application record with more than 14,600 applications, a more than 58 percent increase from 2019, according to a university statement.

More than 1,500 new students have paid their enrollment deposit for the fall semester. Traditionally, Morgan maintains between 1,600 to 1,800 students for the incoming class.

“There is a sense of urgency around supporting HBCUs that is resonating with prospective students,” said Chelsea Holley, interim director of admissions at Spelman, in the release.

Despite the global pandemic, experts have said that several events over the past year have contributed to the uptake in interest in HBCUs.

Kara Turner, Morgan’s vice president for enrollment management and student success, cited Kamala Harris, the first HBCU graduate to serve as vice president of the United States, donations from philanthropists, and the recent $577 million lawsuit win as key factors that have increased HBCU visibility. She added that after a year of racial reckoning in the U.S. and the resurgence of the Black Lives Matter movement, students are looking for a place where they can feel safe.

“I think students are really looking for a place that feels safe and secure, warm and nurturing,” Turner said.

On top of the safety and comfort for Black students at HBCUs, many students have longed for the chance to be surrounded by other students with similar cultures. Incoming freshman Morelys Urbano said she wanted to experience different facets of Black culture from people all across the nation.

“As a Black Latina, my Blackness is a very important part of my identity,” the Dominican Republic native said. “So I wanted to experience that more being around more people from different parts of the U.S. and learning about the cultures inside of Black culture.”

“Students have realized that HBCUs are great,” Urbano said. “This whole image that people try to portray about HBCUs not being good, it’s false.”

Last year, with the introduction of remote learning, the university saw a decline in enrollment as students opted to either defer a year or not attend Morgan at all, according to Turner. Like other colleges across the country, Morgan waived its application fee and made standardized tests like the SAT and ACT optional. And with the announcement of the campus reopening in the fall, the attitudes of prospective college students began to change.

The increased enrollment in HBCUs signals a shift in perspective in this generation of incoming college students, according to Richard Hesel, founding principal at Art & Science Group, a Baltimore-based company that specializes in strategy for colleges and universities. In addition to considering where they may have the best academic, social and student life experiences, students are seeking out institutions that are at the forefront of racial and social justice.

“This generation is much more concerned about social and racial justice,” Hesel said. “They want to attend places that are more open to those kinds of things; that are more tolerant.”