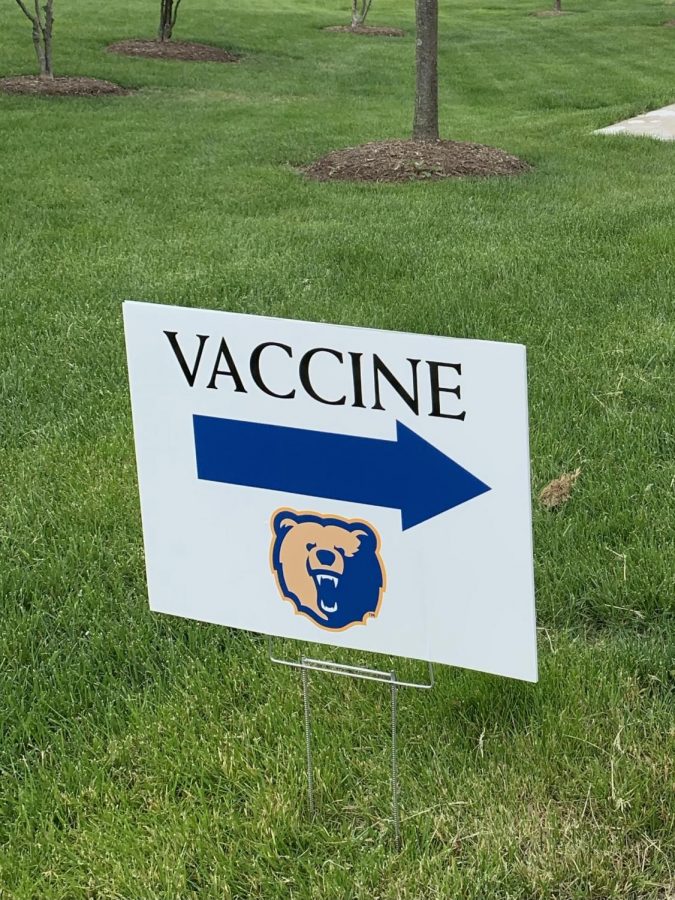 The Morgan State community reacted to the university’s announcement requiring all students, faculty, and staff to be fully vaccinated by Aug. 1 with mixed emotions. Many people voiced their opinions on the university’s decision through social media this past weekend with both support and criticism.

One of the many questions posed by members of the Morgan community is how the university will track those who received their vaccination. Along with the vaccine requirement, the university announced President David Wilson will be organizing a vaccination management team to monitor Morgan’s incoming guidelines, implementation strategy, verification process, and enforcement for the vaccine.

In addition to Morgan requiring vaccinations for the fall semester, the university will also serve as a vaccination clinic for the student body, faculty, staff, and the general public starting April 30. Prior to opening the public clinic, Morgan hosted a student-only vaccination clinic on Wednesday administering Moderna doses.

Marc Smith,  a senior physical education major, received his first dose of the vaccination on Wednesday and said getting his vaccination at Morgan was far more convenient than traveling to his hometown for an appointment.

“I was already planning on getting vaccinated the last two months, but me being on campus and living in Montgomery County, I would have to drive over an hour and that is not convenient because I have class and everything,” Smith said. “It’s on campus, I don’t have to drive over an hour and have to wait in a long line and all that stuff. I can just pull in, get in, and get out. It was convenient.”

Similar to Smith, Kenedi Canteen, a junior nursing major, planned on getting vaccinated before the university announced the requirement. However, Morgan’s vaccine requirement did not come as a surprise to Canteen as she saw several universities start to mandate the vaccine for the fall semester.

“I’m pretty sure all the other schools were going to require it, and it only makes sense because it makes everyone safer,” Canteen said. “I know some people are against the vaccine because it’s new, but I look at it as it’s like any other vaccine that we have required to go back to school.”

The escalated development of the vaccine was one of Aniyah Thornton’s many concerns about the university’s vaccine requirement. When the news was posted to The Spokesman’s Instagram page Thursday evening, many students, like Thornton, rushed to the comment section to express their thoughts.

A common theme in the comment section from students similar to Thornton was the lack of trust towards the new vaccine, possible side effects in the future, what medical exceptions will be allowed, and the ethics in requiring students to be vaccinated.

“For my comment on Instagram, I just was very disappointed.” Thornton said, “I feel like it’s very unfair for them to make us take a vaccine that was created only a few months ago. I understand people have been dying, but there are so much more we can do besides taking the vaccine. People go to work every day, how do they go to work? They wear a mask. And we can continue wearing these masks until COVID goes away.”

With plans to graduate in December, Thornton will be taking the vaccine so she can return to Morgan in the fall, but if it was up to her, she would not get the vaccine at all.

The fast development of the vaccine has caused a large portion of vaccine hesitancy. While many people are still resisting the vaccine, Canteen believes getting vaccinated is the best option provided for the time being.

“I can understand why they’re hesitant on taking it because it’s relatively new, there’s still some things that are trying to be figured out about the virus,” Canteen said. “But since the virus is constantly changing and we don’t know what the future holds, I feel like it’s best to just take it now and we can eventually move on.”

With more details on the vaccine enforcement to come in the future, everyone on campus is required to be fully vaccinated three weeks before the fall semester begins on Aug. 23.

“If we are serious about coming back together in the fall as a community and returning to near full operations, we have to remove all doubts about safety,” Wilson said in a university press release. “And requiring that everyone on campus is fully vaccinated places us in a stronger position to do so.”