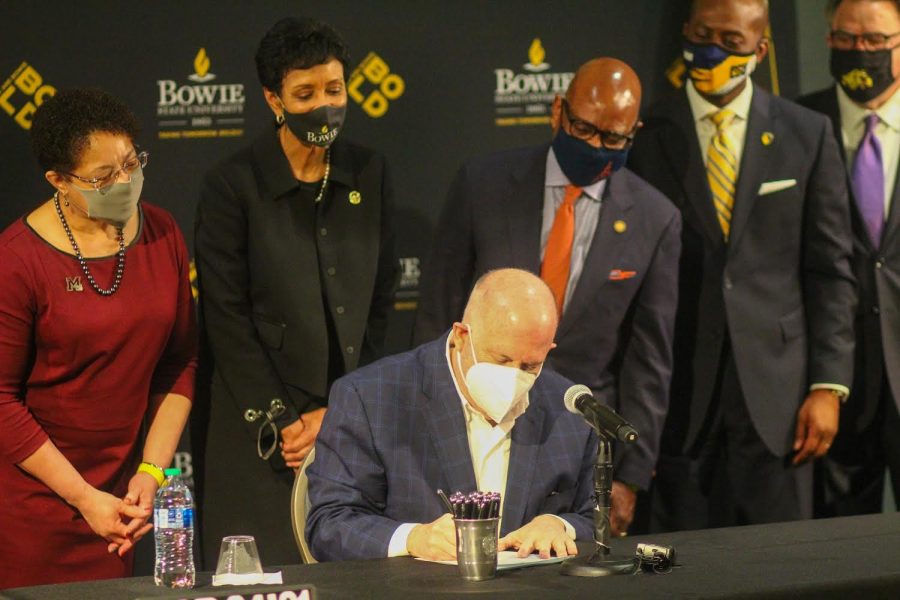 Maryland Governor Larry Hogan settled the 15-year battle over the HBCU Coalition lawsuit by signing the $577 million bill Wednesday at Bowie State University. Surrounded by Maryland elected officials, legislators, and the presidents of Maryland’s four historically Black colleges, Hogan signed the bill granting almost $600 million to the state’s HBCUs over the next 10 years.

As he thanked many of his colleagues and members of the Legislative Black Caucus of Maryland for making this bill possible, Hogan noted the importance of the bill’s signage for future generations of Maryland college students.

“With the signing of this important legislation and the law together, I believe that we’re sending a very clear message,” Hogan said. “That we have worked together in a bipartisan way, delivered real results, and together we are all ensuring that any student in Maryland who wishes to pursue a degree will have access to world class programs and the highest quality institutions for many years to come.”

Wilson was excited for the signage and believes it will give Morgan the opportunity to achieve goals they did not have the resources to do before like adding new academic degree programs, sending more students abroad to study across the world, and investing into the university’s infrastructure.