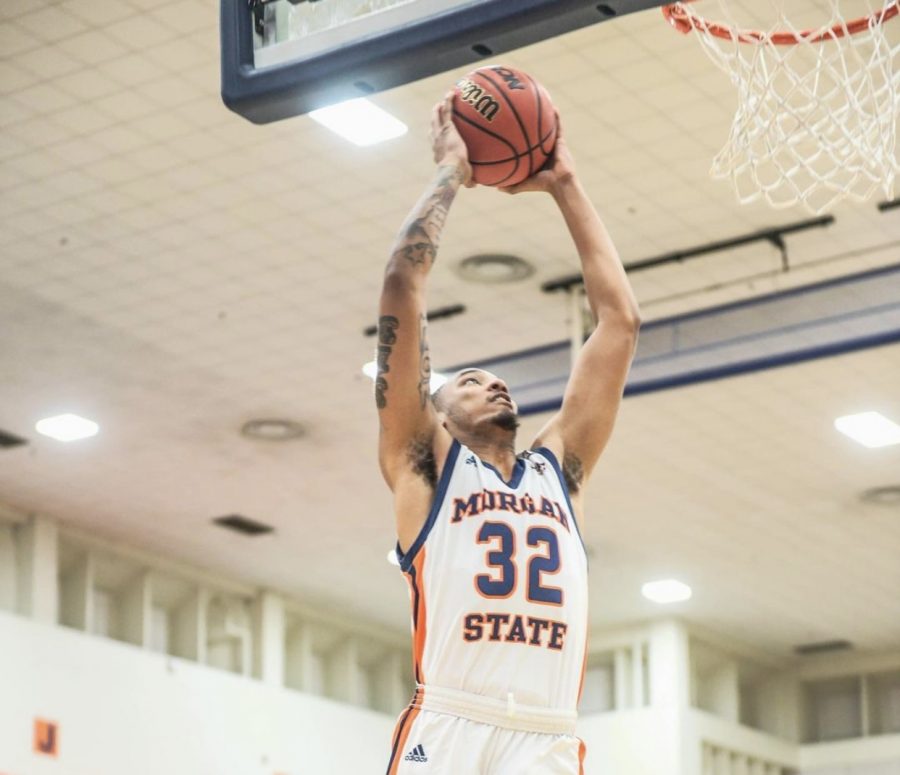 Saturday’s game was the first time Morgan has been in the championship game in seven years. The last time they won the game was in 2010.

It was also the fifth time Morgan and Norfolk faced each other this season. In the four previous games, Norfolk was 3-1 but all of the games came down to the wire and the average margin of victory for Norfolk in their three wins was four points.

“They beat us three straight times,” Morgan head coach Kevin Broadus said during his postgame press conference on March 12. “I know they’re thinking about that but we’ll be ready tomorrow.”

Morgan defeated top seed Coppin State 82-61 on March 12. Norfolk was scheduled to play NC A&T on March 12 but the Aggies forfeited the game due to a positive coronavirus test.

Similar to the four previous games played between Norfolk and Morgan, Saturday’s game started with the two teams trading off baskets.

Turnovers cost Morgan early in the game. The Bears had two turnovers in the first 85 seconds of the game.

By the time the first media timeout came, the score was tied 7-7. At the second media timeout, Norfolk led 16-15.

After Morgan guard De’Torrion Ware split a pair of free throws with 36 seconds left in the first half, Norfolk led 34-30. In the next possession, Norfolk guard Kyonze Chavis hit a 3-pointer with 15 seconds left in the half, giving Norfolk a 37-30 lead heading into halftime.

Going into Saturday, Ware was averaging 32 points per game while shooting 60 percent from behind the arc on 20 attempts in the tournament.

“He was the best player in the tournament,” Broadus said. “Simple as that.”

At halftime, Morgan and Norfolk had similar statistics.

Morgan was shooting 35.5 percent from the field compared to Norfolk shooting 37.9 percent. Both teams had 21 rebounds and Norfolk had six turnovers while Morgan had seven.

However, Morgan shot 50 percent from the free-throw line on 10 attempts while Norfolk shot 84.6 percent on 13 attempts.

“They made theirs and we missed ours,” he said. “That’s what it came down to.”

Morgan guard Malik Miller said that while the team was in the locker room at halftime, Broadus reminded them that basketball is a game of runs.

“He told us that the game is a game of runs,” Miller said. “We can’t worry about the lead they have. We have to make our run.”

Norfolk guard Joe Bryant had 10 points in the first nine minutes of the second half.

At the 8:36 mark, Norfolk guard Devante Carter threw a bounce pass in transition to Jalen Hawkins for a layup giving the Spartans a 60-47 lead.

At the 6:25 mark, Bryant hit a 3-pointer on an assist from Mustafa Lawrence to give the Spartans a 65-51 lead.

Morgan then went on a 10-2 scoring run. Miller had five points and guard Sherwyn Devonish made crucial free throws during the run.

“I felt like we had a chance to come back and win,” Miller said.

“I knew at some point we were going to come back,” Devonish said. “The game of basketball is basically built on a streak of runs.”

However, their full-court pressure was unsuccessful as Norfolk guard Keshaun Hicks finished the game with a 4-2 scoring run of his own to seal a victory for the Spartans.

“Ultimately they executed down the stretch and made plays to finish the game off,” Miller said.

Norfolk was led in scoring by Bryant who finished the game with 17 points. Hicks chipped in 14 points and seven rebounds.

Ware finished the game with 16 points and five rebounds.

Morgan finished the game shooting 64 percent from the charity stripe on 25 attempts and Norfolk scored 24 points off of 18 Morgan turnovers.

With their win, Norfolk will advance to the NCAA Tournament which is scheduled to start on March 18 in Indiana. It’s their first time going to the tournament since 2012.

“They were just better than us today,” Broadus said. “It just wasn’t meant to be this year.”