1 year later: a retrospective look at the game that ended the 2020 MEAC Women’s Basketball Tournament 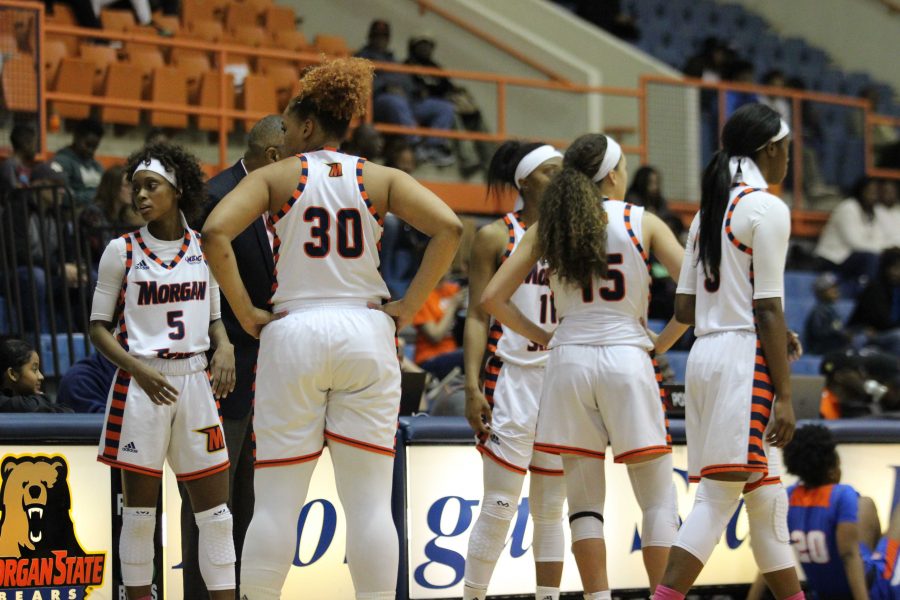 Shortly before the MEAC announced that the tournament was canceled, the Lady Bears narrowly defeated Delaware State 64-63 in Norfolk Scope Arena to advance to the semifinals in what ended up being the final game of the college basketball season.

The MEAC’s decision came a day after the NBA announced the suspension of its season.

Former Lady Bear Chelsea Mitchell, who currently plays professionally overseas in Romania for KSE Targu Secuiesc, said she was sitting in the locker room before the game when she overheard that other conferences such as the Colonial Athletic Association (CAA) canceled their tournaments.

Unlike the 2020-21 basketball season, Morgan’s marching band was in attendance for the tournament.

Mitchell said he felt unsure if the game would be played.

“We’re probably not even going to be able to play this game,” Mitchell said to herself before the game began.

Despite other conferences canceling their tournaments, Morgan’s quarterfinals matchup against the Lady Hornets went on as scheduled.

During the game, Miles began to hear rumors that the tournament was going to be canceled.

“Everybody began to realize that this was something that was very serious,” Miles said.

Senior guard Sydney Searcy said that her game-winning play is what she remembers most about the game.

“I took a charge to win the game for us,” Searcy said.

After Morgan won the game, Mitchell felt mixed emotions. She said that she and her teammates were happy to win the game but had a suspicion the tournament was going to be canceled.

“We were really excited and then as soon as we got to the locker room, everyone pretty much knew that it was over by the way the coaches were talking,” Mitchell said.

“We were happy that we won because it was a really close game,” Searcy said. “But we were sad because we had worked so hard to get to that point and it kind of went to waste.”

Mitchell said that she felt like the team had unfinished business. She was looking forward to playing against Norfolk State after they split the regular-season series against them.

“We were just excited to play Norfolk,” Mitchell said. “I felt like something I had worked so hard for was just taking from me.”

On the bus ride back home, Mitchell said she tried to soak in everything that was going on in the country.

“At that time, we were still like in a bubble away from the rest of the world,” Mitchell said. “We didn’t know what was going on until we got back home.”

After defeating North Carolina Central University (NCCU) on March 11 in the MEAC Quarterfinals, the team finds themselves in the same position they were in last year before the tournament was canceled.

The Lady Bears will face North Carolina A&T in the semifinal round of the MEAC Women’s Basketball Tournament on March 12 at 2 p.m. in Norfolk Scope Arena.

“This is the first time Morgan has been to the semifinals in years,” Searcy said. “We’ve been looking forward to this moment. “We’re playing our hardest and having one of the best seasons since I’ve been here.”