The department has halted all games and practices in the meantime to curb the spread. 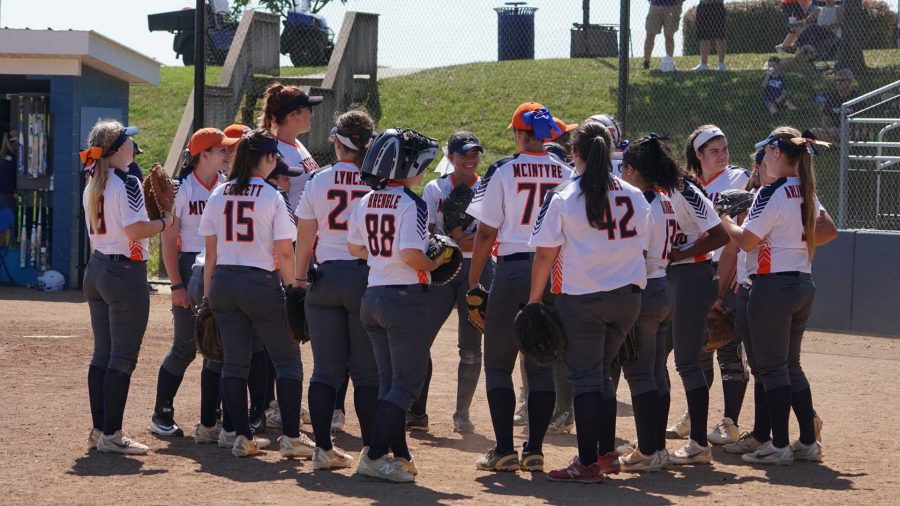 According to Scott, once the department noticed there were several positive tests on almost every team, they began to shut everything down, prior to reaching the 40 cases. The athletic department worked with the Baltimore City Health Department and team physicians to control the spread of COVID-19.

“We’ve had what we would call two small clusters and we have shut down either individual teams or at one point we shut down the entire athletic department,” Scott said.

Although Scott repeatedly declined to confirm how many positive tests were on each athletic team and specify which teams were affected, several games were postponed within the last two weeks including volleyball, men’s and women’s basketball and softball.

The softball team had a total of six players test positive with their first case detected on Feb. 12, according to multiple players on the softball team. Players were notified of the positive case during their Friday practice and 11 athletes were instructed by their coaches to leave due to contact tracing.

Members of the softball team said later that day, players were informed that a strength and conditioning coach they had worked out with the morning before also tested positive.

Bates said her team made plans to shut down for the next two weeks as more players tested positive over the next several days.

“I was getting anxious as time went on because more and more people were getting it and we also didn’t really know who was getting it,” Bates said. “They would say there was another positive case, but they wouldn’t disclose the name. They would be like ‘It’s none of you guys,’ but then we don’t know who it is because we could have been around that person and could have been next.”

Along with Bates, sophomore shortstop Ashley Shanks’ biggest fear came true when they both tested positive for COVID-19 on Feb. 16. She feared being unable to play softball, similar to last year when the virus took away her chance to play as a freshman.

“It was demoralizing in a sense because I was like I can’t play a sport anymore because of COVID,” Shanks said, “It’s like COVID has taken it away from me before, I don’t want it to take it away from me again.”

As they near the end of their outbreak, the athletic department is slowly phasing in teams with all negative tests to restart competitions and games. The men’s and women’s basketball teams continue to prepare for the upcoming MEAC basketball tournaments in Norfolk, Va. from March 7 through 13.