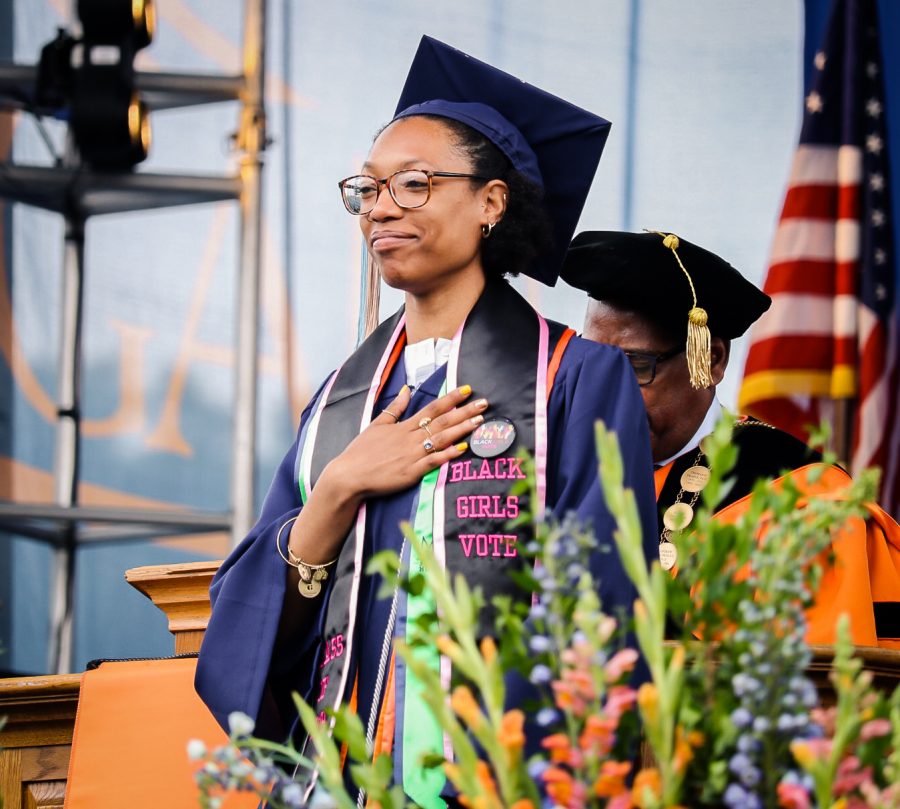 The origins of the lawsuit trace back more than a decade when the Coalition for Equity and Excellence in Maryland Higher Education filed because the four state-supported HBCUs were underfunded and subjected to duplicate programming. The combination of the two practices was deemed unconstitutional by U.S. District Judge Catherine C. Blake in 2013 and 2019, the 4th U.S. Circuit Court directed both sides to settle the dispute.

Pace McConkie, the founder and director of the Robert M. Bell Center for Civil Rights in Education at Morgan said the duplication of programs is a practice by Maryland that follows a segregated system of higher education.

“Maryland was a former de jure segregated state, which means it was officially segregated by law and by practice,” McConkie said. “One of the ways that the state, like other southern states that were segregated in higher education, kept Black students and white students segregated on their campuses was by creating programs and then duplicating them.”

Versions of the bill are scheduled for reconciliation into a final bill and will be sent to Maryland Gov. Larry Hogan for his signature.

Similar to one vetoed by Hogan last year, lawmakers believe that his decision was likely a result of the financial strain caused by COVID-19. But if Hogan vetoes the bill again, supporters in the General Assembly have indicated that they have enough votes and time to overturn it.

“Should he veto it again, we have enough time in the session to override his veto, which will finally settle this decade-plus old lawsuit” said Del. Darryl Barnes (D-25), a Prince George’s County Democrat and the chair of the Legislative Black Caucus of Maryland.

In addition to the funds allocated to the four HBCUs, the bill will also prohibit duplicate programming amongst Maryland’s higher education institutions.

Del. Maggie McIntosh (D-43), chair of the House Appropriations Committee is in support of the bill being passed and said there’s been historical underfunding of communities and schools with Black and brown children.

“What is probably the most needed is this portion of the bill that stops the Maryland education system from duplicating degrees and schools and putting them in direct competition with HBCUs,” McIntosh said.

But while delegates expect Hogan will approve the newest version of the bill, others believe the settlement doesn’t go far enough to address years of systematic underfunding.

“I’m happy but it’s a bittersweet moment,” said Chinedu Nwokeafor, a 2017 Morgan graduate. “I’m not satisfied fully because the amount that this has been reduced to has diminished from the original amount deemed necessary.”

Nwokeafor, who served as a student liaison, a community organizer with the coalition and a Morgan student representative on the White House Initiative on HBCUs said experts did an audit of loss caused by the duplication of programs. He said it’s estimated that it would take approximately $2 billion to level the playing field for the state’s HBCUs.

Nwokeafor and other proponents of the bill cite a similar case settled by the state of Mississippi with its HBCUs in 2002 for $517 million. Accounting for inflation, the settlement figure would equal over $1 billion today.

“I’m grateful that we’re closer to the $577 million, which has been the most recent agreed-upon amount,” Nwokeafor said. “I’m happy to know that justice is going to prevail, and it’s a good start if [Hogan] does the right thing.”