‘It’s fear, depression, everybody is sad’: some students brace for a Thanksgiving without loved ones lost to COVID-19 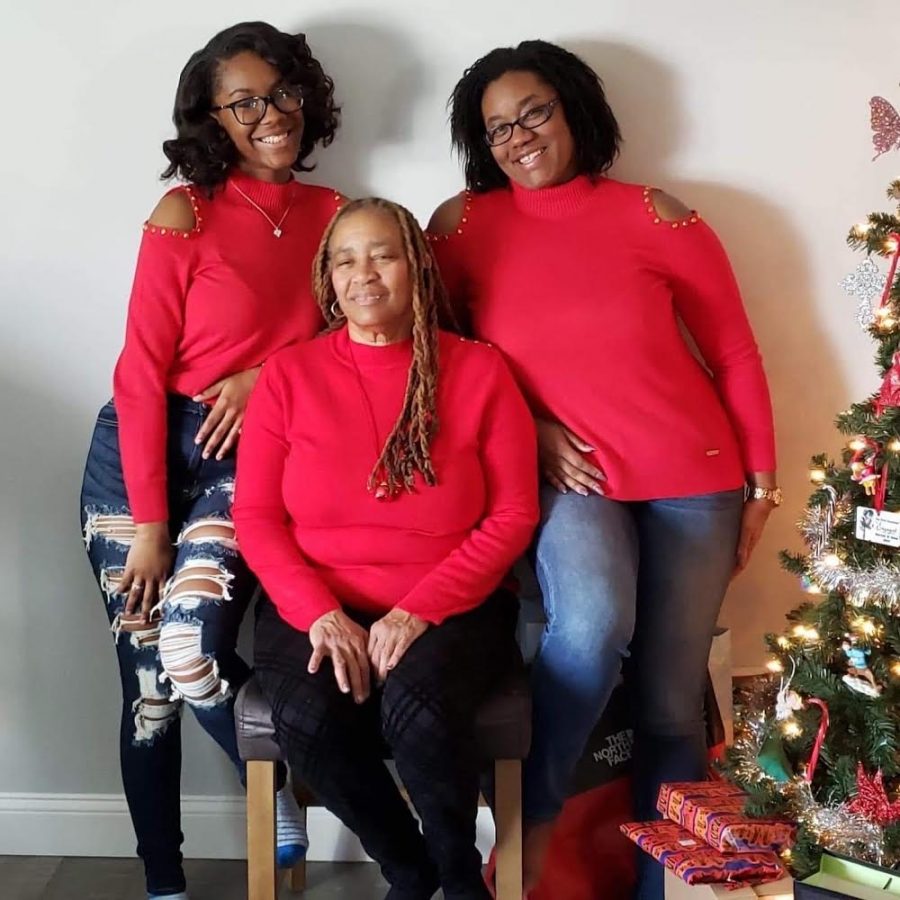 Morgan student Yasmeen Yancey stands with her mother, Ilona Richmond and her grandmother, Deborah Cannon, who died from the coronavirus on March 30.

This time last year social work major Yasmeen Yancey was shopping with her mother and grandmother, hunting for the perfect matching holiday pajamas—the trio’s annual tradition. But this year, Yancey and her mother bought one less matching pajama set as they mourn the loss of Yancey’s grandmother, Deborah Cannon, 68, to the coronavirus.

New Jersey native Yancey, a junior, lost Cannon on Mar. 30 shortly after New Jersey issued a government shutdown. Since then, the combination of grief and remote learning has been difficult for the family, but Yancey said the best way to finish the year is to keep Cannon’s holiday spirit alive.

Traditionally, Yancey’s family members gather at their South Jersey home for an elaborate dinner and night of festivities. But this year, Yancey’s mother, Ilona Richmond, decided to start a new tradition.

“Thanksgiving will be ‘Friendsgiving’ this year for us, so it’s not going to be strictly family,” Yancey said. “We’re gonna have some friends over and some people who have proved that they are our family members and were there for us when we really needed them to be.”

Richmond sent 25 electronic invitations to her and Yancy’s closest friends and family to celebrate the unconventional holiday season together. Yancey said after a year that took so much away from her family, being able to find joy in her remaining loved ones is the goal for this year’s feast.

“We’re gonna play some games, we’re gonna watch the football game because that’s what we usually do,” Yancey said. “It’s ironic my team is actually playing on Thanksgiving—I’m a Steelers fan and that’s my grandma’s team.”

The Center for Disease Control and Prevention (CDC) has encouraged people to only celebrate with loved ones within their homes as traveling and gathering with people can potentially spread the virus.

For people including Nadaya Everett, a senior transportation systems major, who lost a family member with a pre-existing health condition and currently lives with a brother battling lupus, a traditional Thanksgiving gathering is canceled.

“So when COVID first hit, I left campus from Morgan View,” she said. “I had moved back in with my mom for a while just so my brother wouldn’t be exposed because his immune system is already compromised.”

Since the beginning of the pandemic, Everett’s household has adjusted to a new normal including increased handwashing and staying inside as much as possible.

But Everett’s family in North Carolina was not able to adapt as quickly, which ultimately led to the death of her cousin, Ernie Samuel on April 24. She was 63 years old.

“Ernie was out and about just being her regular self with asthma and all and she got really sick— really really sick,” Everett said. “Then Ernie passed away, that’s when it really locked in with everyone.”

Everett originally planned to visit North Carolina, her hometown, for Thanksgiving. But her plans were canceled when she learned that her family was exposed to the virus again.

“I started getting calls that my aunties got it, my little cousins got it,” she said. “It’s three households I flock to and all three of these houses have coronavirus present in them.”

The news left Everett and her mother with no choice but to follow the advice from the CDC and postpone their Thanksgiving plans.  Instead of traveling, Everett remained in her Baltimore home and is set to enjoy an intimate family dinner with her mother and brother.

For the Williams’ family, Thanksgiving traditionally means laughter, music, children everywhere and celebrations for the November birthdays. But this year, the dinner table will only have three people.

Csaykaii Williams’ aunt, Renee Williams, died on April 3 after contracting the coronavirus inside a New Jersey nursing home. She was 54 years old.

“My other aunt is being really really cautious because this has happened,” Csaykaii Williams said. “So usually we would do things with her, but we didn’t because she doesn’t want to come out at all.”

With a spike in the coronavirus and a total of more than 262,000 people dead in the U.S., there’s an alarming sign in the physiological toll that the pandemic is taking on Americans.

“The holidays don’t really feel the same because it’s like a dark cast over the family right now,” Everett said. “It’s fear, depression, everybody is sad… it’s the constant overthinking—the constant anxiety.”