When Washington D.C. native David E. Talbert noticed a lack of Black representation in his favorite childhood films—he created his own 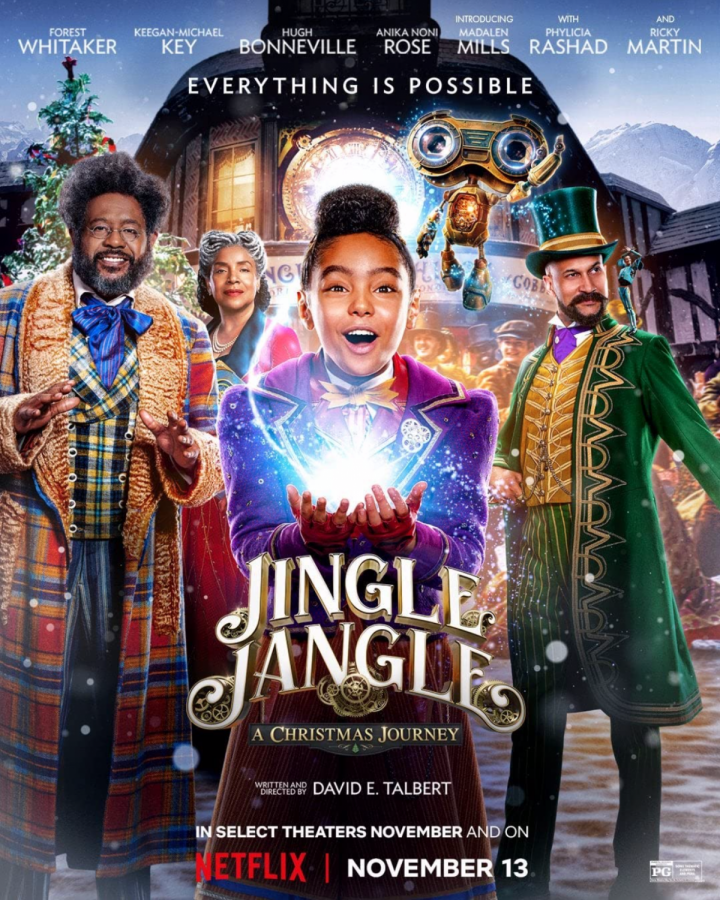 After more than 20 years of planning and preparation, Morgan State alumnus David E. Talbert brought his childhood dream to life with the upcoming Netflix original film “Jingle Jangle: A Christmas Journey.” Written and directed by the 1989 graduate, the 122-minute film, which was shot in London, comes just in time for the holiday season.

Talbert grew up watching “Willy Wonka and the Chocolate Factory,” “Chitty Chitty Bang Bang” and “Mary Poppins.” But it wasn’t until he became conscious of his favorite films, that he realized none of the characters looked like him.

“I wanted something for my son at 7-year-old to look at with people who look like him and I wanted the world to see that too—see how beautiful, magical and fabulous we are,” Talbert said.

It was that epiphany that inspired Talbert to create the movie and the process stretches back to 1997.

Before the release of the film, Talbert spoke to a virtual cluster of Morgan screenwriting and animation majors on Nov. 5 about his career and the process of creating his newest project. He emphasized the importance of portraying African Americans in film within a variety of movie genres.

Along with “Jingle Jangle,” Talbert has directed several other films with a majority Black cast including “Baggage Claim,” “Almost Christmas” and “El Camino Christmas,” to name a few. But his love for creating started at Morgan and motivated him to pursue a career in playwriting.

Talbert went on to attend New York University’s film program and begin his career as a filmmaker. Now Talbert serves as an inspiration to several students at his alma mater including junior Taja Copeland, a screenwriting and animation major.

Copeland was one of the panelists from the Nov. 5 webinar and she expressed her gratitude to Talbert for being a new source of inspiration.

“I think he is an inspiration to all of us because we know that he graduated from our school at Morgan State,” Copeland said. “To see someone who was once in our shoes, walking on the same campus that we walk, turn into such a successful person, I think that’s inspiring in itself.”

Panelist Shaunyce Lee, a senior screenwriting and animation major, spoke on Talbert’s message to all writers. She said as a writer it is easy to get stuck on every little detail.

“He reminded us today that we must trust our instincts and trust the process from beginning to end,” Lee said. “There is freedom in completing the process itself.”

The Netflix original film “Jingle Jangle: A Christmas Journey” premiered in theaters on Nov. 6 and will make its Netflix debut on Friday, Nov. 13.