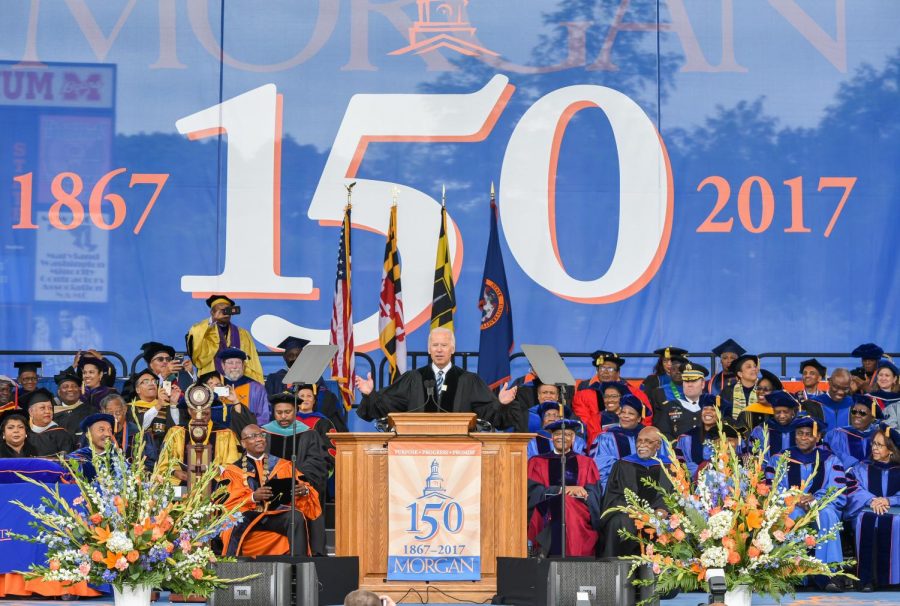 Democrat Joe Biden is set to be the 46th president of the United States after snatching the state of Pennsylvainia from President Donald Trump Saturday afternoon and winning the 2020 presidential election.

After a long road to an Electoral College victory, Biden accumulated more than 70,000,000 votes, the highest number of votes cast by any presidential candidate in U.S. history. He surpassed former President Barack Obama in 2008, who received approximately 69,000,000 votes.

At Biden’s side will be California Sen. Kamala Harris, who is a first in several ways including the first woman, Black person and Indian-American to serve as vice president. The 56-year-old vice president-elect’s husband, Douglass Emhoff, is also set to make history as the first man and Jewish person to serve as the spouse to either a president or vice president.

While the nation waited five days for the results of the election, the Trump administration created confusion by filing lawsuits, discrediting mail-in-ballots and declaring premature victories.

Twitter censored several of Trump’s tweets claiming he broke Twitter’s civic integrity policy by spreading information that could be misleading about the 2020 general election.

“Bad things took place during those hours where legal transparency was viciously and crudely not allowed,” Trump said in a Saturday morning tweet. “Tractors blacked doors and windows were covered with thick cardboard so that observers could not see into the courtrooms.”

But after several days of ballot counting, Biden won the election and ended four years under Trump.

Morgan State President David Wilson, who has been nothing but silent during the election, wasted no time congratulating Biden on his win via Twitter with a picture of him, Biden and U.S. Rep. Kweisi Mfume at Morgan’s 2017 Spring Commencement Ceremony.

“I take this opportunity to congratulate Vice President Joe Biden and Sen. Kamala Harris for their hard-won victory in the 2020 U.S. presidential election,” Wilson said in a statement addressed to the Morgan community. “Kudos, also, to all of you who exercised your right to vote and to choose the leadership that will meet the many daunting challenges we face as a nation at this critical moment in our history.”

Biden delivered the keynote speech at Morgan’s graduation three years ago and spoke on social progress and the state of the nation, which was only four months after Trump was sworn in as the 45th president of the United States.

“We saw just how much of a grip racism and sexism still has on America,” Biden said during his 2017 keynote address to Morgan State graduates. “I think even you are surprised not that racism still exists but by the way racism was embraced as a political tool.”

But now, the hard part begins as Biden will inherit a country suffering from the coronavirus and a racial divide. His top priority will be to fight the virus and its long term effects, push mask-wearing and look to Congress to pass a stimulus package.

“America I am honored that you have chosen me to lead our great country,” Biden said in a tweet Saturday afternoon after receiving the news. “The work ahead of us will be hard, but I promise you this: I will be a president for all Americans—whether you voted for me or not.”

Cara Williams and Jaina Mosely-Lawson contributed to this article.