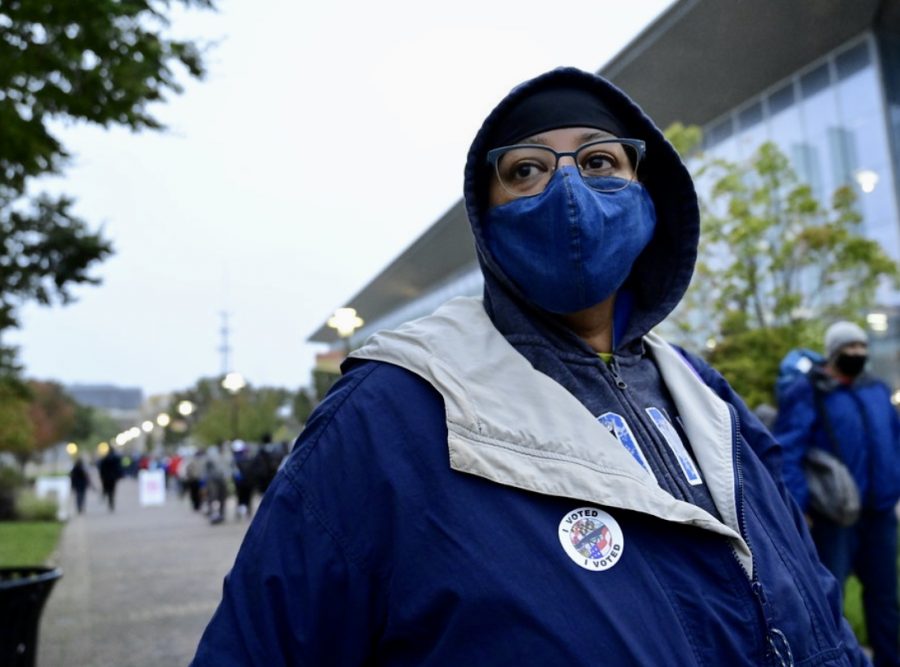 With six electoral votes until Democratic nominee Joe Biden wins the 2020 presidential election, the Morgan State community is left with an overwhelming feeling of division. Following Election Day, citizens are left to wait and anxiously watch votes be tallied, as the seat of the presidency hangs in the balance.

People across the country are using their voices to create change and emphasize the seriousness of the 2020 general election, including sophomore administration major Kristien Sweets. She said by exercising her right to vote, she is moving closer towards being the change she wants to see in the world.

“As a college student, we have to use our voices for change and that can be done through voting,” she said. “Voting is our power.”

Morgan canceled its classes on Election Day and it gave many people within the community, including Associate Professor Zekeh Gbotokuma, one more day to influence the outcome of the election.

“Leaving the Congo and later spending 12 years in Europe, I was unable to vote,” he said. “Now as a new citizen, being able to participate and vote feels like a big deal.”

Many Baltimore residents voted at the Edward P. Hurt Gymnasium, Morgan’s on-campus Gym or dropped their main-in ballot outside of the newly constructed Tyler Hall on the corner of Hillen and East Cold Spring Lane. Morgan accumulated the largest turnout of the eight voting sites in Baltimore City with more than 13,000 people who voted on its campus, according to President David Wilson.

“Regardless of how you voted in this election, the one thing that the national voting results have exposed is that we are a very divided nation and there’s a lot of work that still needs to be done if we are to truly be the United States,” Wilson said in a Wednesday statement addressed to the Morgan community.