That’s it: this is how Baltimore voted in the 2020 general election 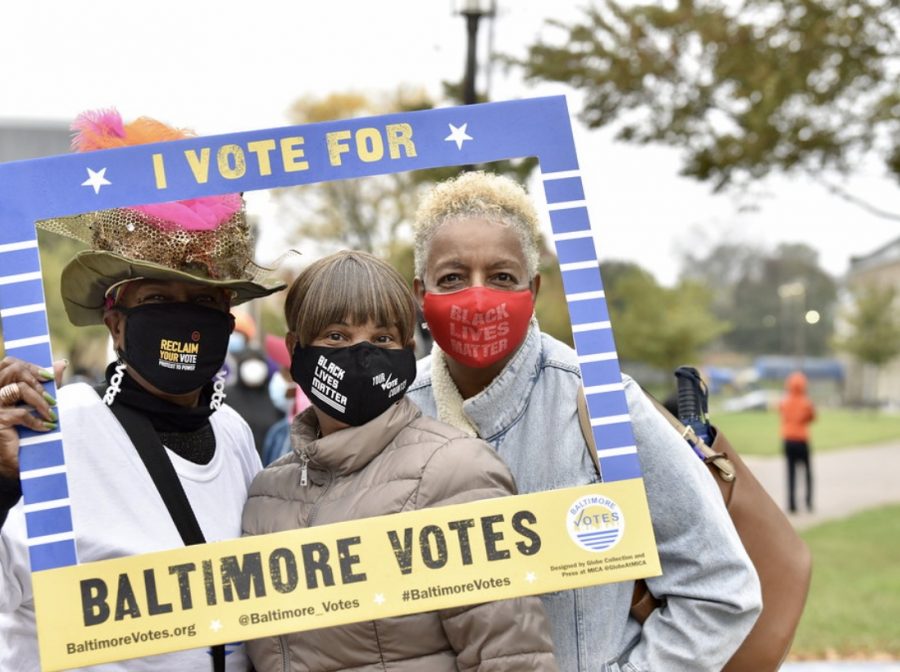 States nationwide have begun to tally votes and declare its winners, including Maryland. Not only did Baltimore vote for their next president, but its residents also decided on its next mayor, 7th Congressional District leader and City Council president to name a few.

But it may be early to call the election because voters cast a record-breaking number of mail-in ballots due to the coronavirus and it can take longer to count. Mail-in ballots postmarked by Election Day, Tuesday, Nov. 3, are accepted until Nov. 13 and counted each day the ballots are reported.

“We feel good about where we are,” Biden said in a tweet early Wednesday morning. “We believe we are on track to win this election.”

“Being elected mayor is the honor of a lifetime, and I could not have done it without you,” Scott said in a tweet on the night of Election Day.

7th Congressional District race
U.S. Rep. Kweisi Mfume, the current chairman of the board of regents, won the 7th Congressional District race and defeated Trump-endorsed Kimberly Klacik, a Republican nominee. Mfume claimed victory by a landslide as he took 72.8 percent of Maryland’s votes compared to Klacik, who took 27.1 percent of the state’s votes.

The former NAACP leader, who has supported the ban of assault weapons and the reduction of student loans, succeeded the late Elijah Cummings following the late congressman’s death in a special election in April.

“I believe whether I’m in that seat or not, and obviously, I want to be in that seat to do more, I still believe I can do some work in the White House and do some community engagement and still make sure a lot of that still happens in Baltimore,” Klasic said in a previous interview with The MSUSpokesman five days before Election Day.