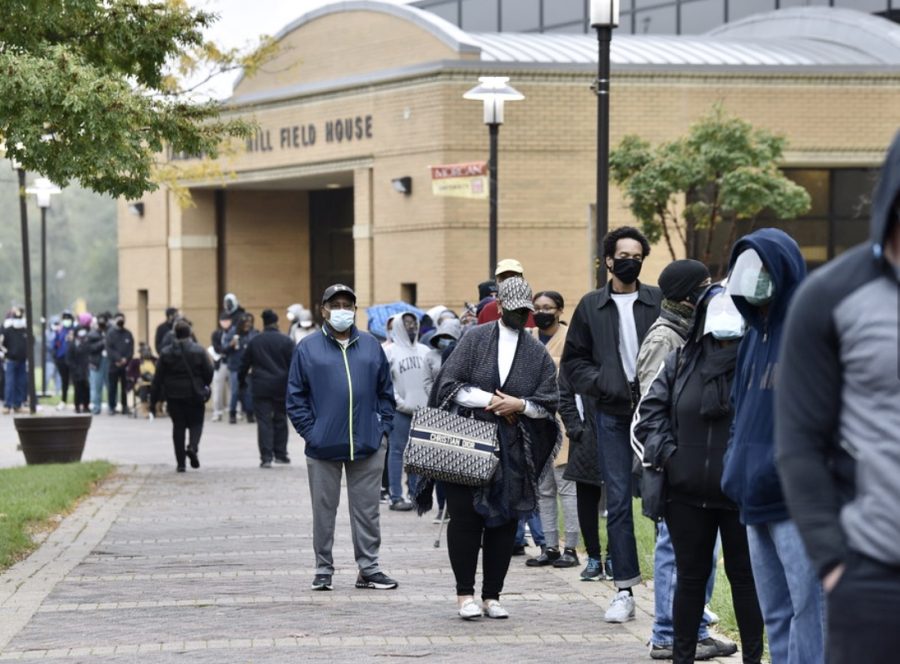 “Our Morgan Community has been engaged in what the results of this election may mean for our future, particularly our students, and we wanted to clear a path for them to have their say with their vote,” Wilson said in a Thursday evening press release.

In September, the Baltimore City Board of Elections appointed Morgan as an official voting site for this year’s general election. Baltimore residents can cast their vote in the Edward P. Hurt Gymnasium, Morgan’s gymnasium on campus.

The university currently stands as the top polling site in Baltimore with the highest voter turnout in the city, averaging approximately 2,000 votes every day, according to the Baltimore City Board of Elections.

Gov. Larry Hogan penned a letter to the State of Maryland, encouraging everyone to make a plan to vote.

“No matter how you choose to vote in the 2020 general election, we are encouraging everyone to do so in the safest way possible,” Hogan said in a written statement.

For a majority of Morgan students, including sophomore social work major Amir Adams, this is their first time voting in a presidential election and the cancellation of classes allows many to vote without missing class time.

Adams said the university’s decision to cancel classes was the right move and an incentive for students to get to the polls.

“It gives students an opportunity to think about the future of their country and vote without having to stress over classes and schoolwork,” she said.